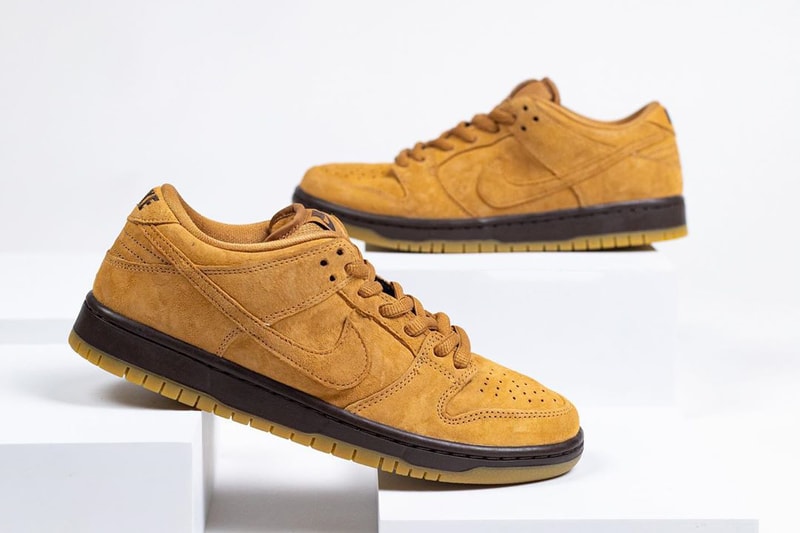 Nike SB has readied its ever-popular SB Dunk Low in a seasonally appropriate, in-line “Wheat” colorway. Boasting a mixture of tan and brown tones in line with Nike Sportswear‘s recent revival of the Air Force 1 CO.JP “Wheat,” this SB Dunk is ready for any and all autumn adventures. From toebox to heel, uppers are coated in a supple wheat-toned suede — with the only divergence arriving via rich chocolate brown hits on the heel and puffy tongue. More brown is also served up on the midsole, while the outsole takes on a traditional gum hue. Of course, this isn’t the first time that Nike SB has brought a harvest-ready hue to its skate-ified Dunk: Reese Forbes received a wheat Dunk in 2002 and an in-line wheat style last released in 2017.

An official release date for the Nike SB Dunk “Wheat” has yet to be announced, but like most other in-line SB Dunks it’ll likely receive a staggered rollout at skateshops over the course of the fall.