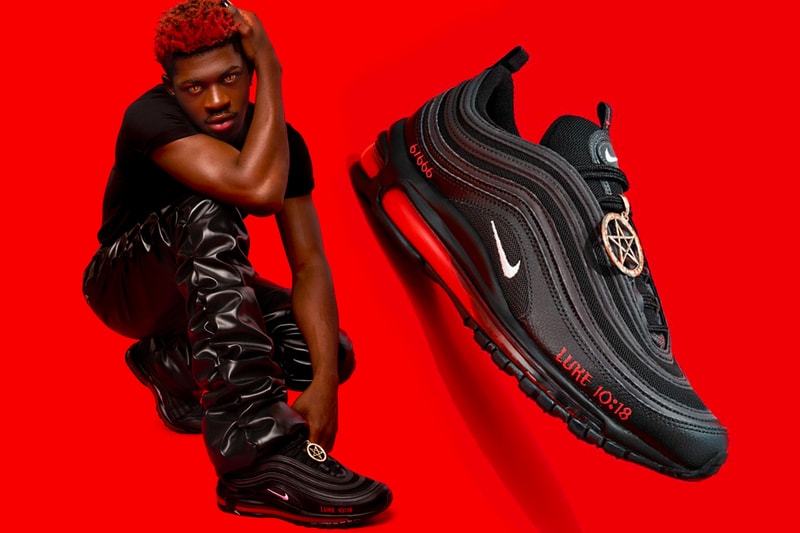 Nike has filed a lawsuit against MSCHF for its collaborative Air Max 97 “Satan Shoes” with Lil Nas X.

The footwear giant first clarified its non-involvement with the collab on March 28. “We do not have a relationship with Little Nas X or MSCHF. Nike did not design or release these shoes, and we do not endorse them,” a statement read. By March 29, Nike reportedly filed a lawsuit against MSCHF, claiming that the Brooklyn-based brand’s “unauthorized” shoes are “likely to cause confusion and dilution and create an erroneous association between MSCHF’s products and Nike.”

“Decisions about what products to put the ‘swoosh’ on belong to Nike, not to third parties like MSCHF,” the lawsuit stated in reference to its logo. “Nike requests that the court immediately and permanently stop MSCHF from fulfilling all orders for its unauthorized Satan Shoes.”

Daniel Greenberg, one of MSCHF’s founders, previously confirmed that Nike was not involved with the collaboration “in any capacity.”

The controversial sneaker was released in celebration of Lil Nas X’s latest single “MONTERO (Call Me By Your Name)” and interestingly features an Air unit that’s filled with 60cc of ink and one drop of real human blood from the MSCHF team. The shoes were only available in 666 pairs and priced at $1,018 USD each, and were sold out in less than a minute.