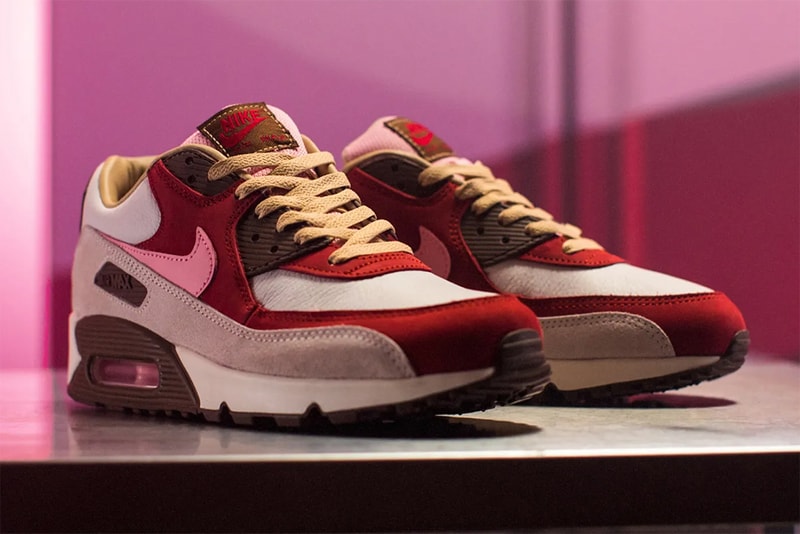 Spring is finally here, and right in the thick of the seasonal shift and the upset victories going on in the NCAA March Madness tournament, sportswear brands from across the board have prepared a handsome batch of footwear releases. Nike, Jordan Brand and adidas are contributing some striking iterations over the course of the next several days, and HYPEBEAST‘s Weekly Footwear Drops list has whittled them down to the best 10. However, prior to delving into this week’s launches, let’s do a little recap to see what occurred in the footwear space last week.

On Nike‘s behalf, perhaps the biggest news that came to light was info centered around Virgil Abloh’s impending Off-White™ x Nike Dunk Low capsule now being totaled out to a whopping 50 pairs as opposed to initially rumored 20. Moreover, rumors of sacai x CLOT x Nike LDWaffle popped up, along with Skepta’s forthcoming Air Max Tailwind V collaboration, early images of Paul Rodriguez’s next Nike SB Dunk Low that’s presented in “What The P-Rod” fashion surfaced and another crystallized Air Max 97 made alongside Swarovski.

Its Beaverton office neighbors at Jordan Brand also joined the party with a handful of exciting reveals. We caught an official look at the Air Jordan 1 Retro High OG “Light Fusion Red”, the newest assembly of March Madness-themed Air Jordan 5 PEs for Jumpman-sponsored institutions such as UNC, the University of Florida, University of Michigan and more and saw an in-depth view of the forthcoming Air Jordan 1 Retro High OG “Metallic Purple”. Furthermore, HYPEBEAST’S Sole Mates series chopped it up with Marco Henry Negrete — the former Global Editorial Lead for Jordan Brand to speak on the significance of the Air Jordan 1 and his experiences working for one of the most culture-shifting brands on the planet.

Shifting gears here to the adidas family, more headlines were made by none other than Kanye West and his YEEZY initiatives. Iterations such as the YEEZY QNTM “Sea Teal”, the YEEZY DSRT Boot “Taupe Blue”, YEEZY 500 HIGH “Frosted Blue” and the YEEZY BOOST 350 V2 “Ash Pearl” were added into the Spring 2021 lineup. Lastly, Andersson Bell and ASICS uncovered its hiker-inspired GEL-1090 collection, Junya Watanabe and New Balance opted for the black and white theme for their newest BB480 proposal and Wales Bonner reconnected with adidas Originals for a SS21 capsule.

Are we all up to speed? Amazing. Let’s check out this week’s 10 best releases. As usual, please note that any pairs listed below may be postponed to the continued effects of the coronavirus and head over to HBX to check out even more new footwear styles. Release Date: March 24
Release Price: $300 USD
Where to Buy: Reebok
Why You Should Cop: After applying the Tabi Toe construction to the Classic Leather, Maison Margiela is linking back up with Reebok to reimagine the classical Club C model. The French luxury house uses the trompe l’oeil technique which sees the upper that is formed with a flat leather build and comes finished with a print of a scanned image of the original Club C laid on top. The collaboration comes in both white and black colorways making for super versatile options to add to your wardrobe. Release Date: March 24
Release Price: $170 USD
Where to Buy: Nike SNKRS (Asia)
Why You Should Cop: The Air Jordan 1 Retro High OG – arguably the most popular silhouette in the world right now — is arriving in a muted “Rust Shadow” colorway. The Jordan Brand iteration comes prepared with gray sultry suedes that line the rear overlays, as well as unique, pervasive copper detailing across the Swooshes, throat overlays and forefoot.

Release Date: March 25
Release Price: $167 USD
Where to Buy: Nike SNKRS (Asia)
Why You Should Cop: In celebration of Air Max Day, the Swoosh is rolling out a handful of commemorative footwear pieces and one of the items that’s on deck is the Nike Air Max 1 “Evolution of Icons”. The iteration possesses various color accents and constructional components of iconic Air Max colorways such as the Swooshes from the Air Max 93 “Menthol”, the eye stays from the Air Max 90 “Infrared”, accents from the Air Max 95 “Neon” and more. Release Date: March 25
Release Price: $200 USD
Where to Buy: adidas and CONFIRMED
Why You Should Cop: Following its successful streak of colorways that landed in 2020, Kanye West’s adidas YEEZY 700 V3 is gearing up to further advance its catalog this month. Up next for the BOOST-less silhouette is the “Kyanite” makeup which comes packaged with royal blue coatings that attach to its futuristic streak lines, icy blue TPU molds, and gum notes that are sprinkled across the treading. Release Date: March 26
Release Price: $140 USD
Where to Buy: Nike SNKRS
Why You Should Cop: When you go down Nike’s incessant list of iconic Air Maxes, the Nike Air Max 90 “Bacon” surely ranks among the cream of the crop. Initially released as a collaborative project with Dave Ortiz’ Dave’s Quality Meat, the historical Swoosh variation is being cooked up again to make a glorious return this week for the Air Max Day celebrations. Release Date: March 26
Release Price: $130 USD
Where to Buy: Nike
Why You Should Cop: At this rate, it’s almost always expected that Nike will unveil a new silhouette to coincide with the Air Max Day celebrations. For 2021, the Swoosh has introduced the Nike Air Max Pre-Day — and brand new model that blends elements from 1970 runners with technical innovations and materials reflective of the modern day. The vamps, quarters and suede components of the sneaker are all made with recycled polyester which speaks to Nike’s sustainable “Move to Zero” initiative. Release Date: March 26
Release Price: $80 USD
Where to Buy: YEEZY SUPPLY
Why You Should Cop: Kanye’s adidas YEEZY FOAM RNNR was an instant sell-out when its “Ararat” colorway dropped exclusively via Yeezy Supply back in June 2020. And now nine months later, the ultra-cushy clog is returning in not one, but two new renditions entitled the “Moon Grey” and “Sand”. The former is dyed with a marbled pattern throughout, while the latter opts to stick with the subtle monochromatic theme. Release Date: March 26
Release Price: $150 USD
Where to Buy: Nike SNKRS
Why You Should Cop: In addition to the “Bacon” Air Max 90s, Nike is stringing along yet another bring-back to commemorate Air Max Day — CLOT’s Nike Air Max 1 “Kiss of Death” collaboration which has been renamed as the “Net”. This marks the offering’s first retro release since its initial launch back in 2006. Its design is centered around “Qi” — the Chinese art of pressure point reflexology. The kicks are highlighted by its translucent toe boxes and reflexology charts that are printed across the insoles. Release Date: March 27
Release Price: $190 USD
Where to Buy: Nike SNKRS
Why You Should Cop: For the Jumpman team this week, another one of its special moments is given to the ever-classic Air Jordan 5. This time around, it has been fashioned in a clean “Stealth 2.0” colorway which draws inspiration from the original AJ 5 “Stealth” that dropped back in 2006. The noticeable updates in its design here that allow it to stand on its own include the tumbled leathers which form the upper buildn and the stark black midsole spikes. Release Date: March 27
Release Price: $220 USD
Where to Buy: adidas
Why You Should Cop: Following the second assortment of the “Triple Black” collection, Pharrell and adidas have reconvened for a brand new release of the adidas NMD Hu. Save for the stark black interior liners, this lifestyle proposition is heavily expressive of the Spring season and comes mostly coated with a dusty pink hue. Everything from the PrimeKnit base layers to the cages to the Japanese characters on the toe boxes are sprayed in a seasonal pink.