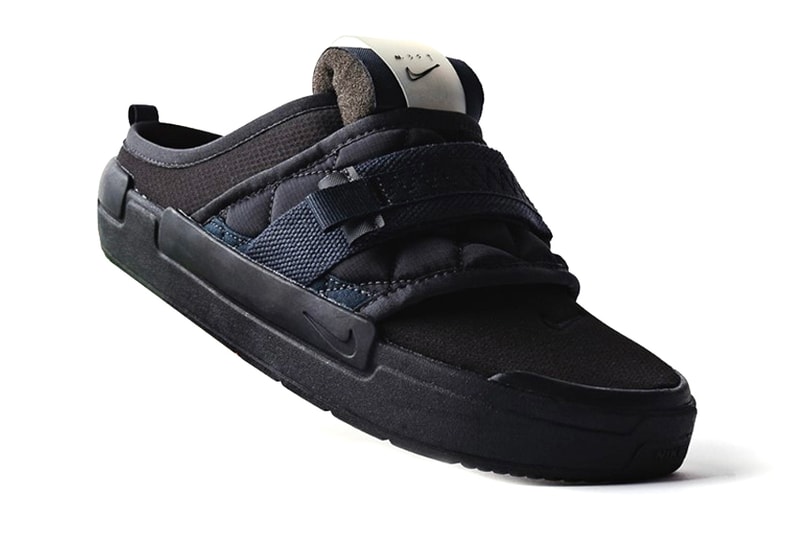 As the current COVID-19 pandemic forces us to stay indoors, Nike has continued its line of stay-at-home footwear aptly titled Offline – this time, dropping in a triple-black “Off Noir” colorway. This iteration releases days after the fleece-like Army Olive surfaced.

As with the other colorways, Nike has kept the silhouette simple. The constructed mesh base and synthetic plush upper is held together by a velcro mid-foot strap topped off with a black-on-black embroidered Swoosh branding on the toe. Despite embracing a triple-black colorway, the heel tab sways from that aesthetic displaying an eject symbol printed in a bright “Team Orange” to reiterate the mule’s relaxed theme. The insoles also come in a stand-out green hue with a beaded texture for added comfort and a snug fit around the house.

Nike hasn’t released this colorway on its web store as of yet, but you can find them through retailers such as AFEW for €199.95 EUR (approximately $145 USD).

Get a first look at the official photos of the Nike Dunk Low Medium Curry.