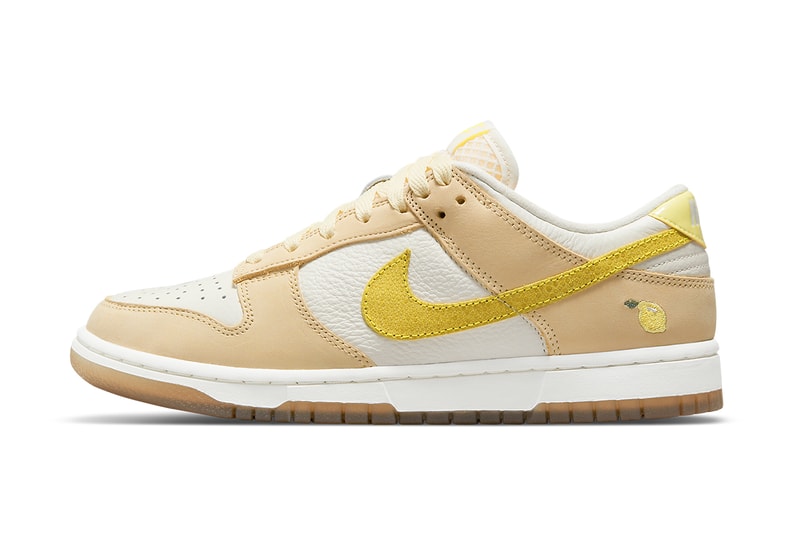 Impetus for the Dunk does not seem as though it will be diminishing for the foreseeable future, so Nike is pushing out the classic silhouette via an abundance of new variations this year. On the women’s side, the classical model was recently manufactured with a “Coast” makeover, and now it’s undertaking a fruit-inspired “Lemon Drop” motif.

Two tones including a clean white and “Zitron” are responsible for covering most of the grounds, the brighter hue embracing the toe boxes, tumbled quarter panels and collars while the latter informs the overlays. From there, its sour “Opti Yellow” hue plays a supportive role and is applied to the the scaly Swooshes, tongue/footbed branding, heel overlays and the embroidered lemon embellishments that are installed into the lateral heels. Additional base features to highlight include the mesh tongues which can be interpreted as a lemon fruit bag, as well as the laces which have been dyed in “Sail”.

Lower layers are composed with angelic midsoles and rounded off with gum-colored treading.

There’s still no word on a release day for these Dunks, but it’s likely that Nike will launch them in the coming months for the usual $100 price point.