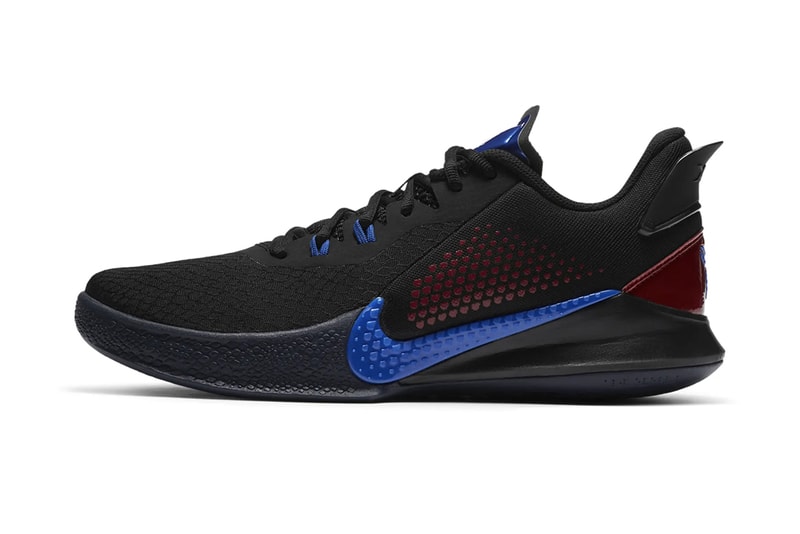 Nike has delivered a brand new colorway of the Mamba Fury. After releasing its Lakers-inspired iteration from back in July, the American footwear giant has opted to give the silhouette striking “Racer Blue” highlights.

Starting at the top of the shoe is a glossy blue tongue tag, complemented by round black laces that cover the mesh tongue. Blue ripstop eyelets appear near the throatline, popping out against the shoe’s breathable black uppers. The lateral side of the sneaker comes with a large blue Swoosh that spills over the midsole, while the medial side sports a dark red check logo at the rear quarter, matching the same tone as the heel panel. All of these details rest over a sleek articulated midsole, engineered for enhanced agility and movement on the courts.

For more from Nike, check out an “Anthracite/Barely Grey” iteration of the Air Force 1 GORE-TEX.