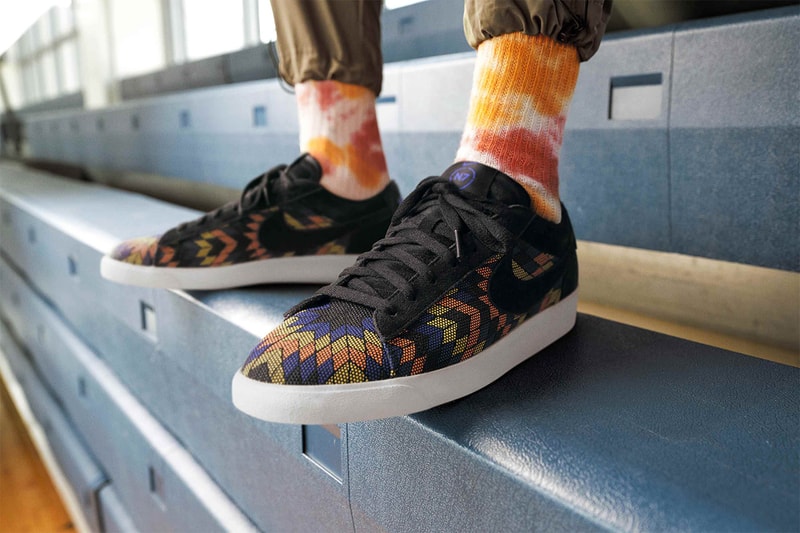 Every year, one half of the biannual Nike N7 collection runs in tandem with Native American Heritage Month, highlighting the stories of Indigenous communities that shaped modern-day North America.

Drawing on the story of Kyrie Irving’s own indigenous rediscovery, the color palette of this year’s winter collection features a design based on the star quilt and medallion he received during his Standing Rock Sioux Tribe naming ceremony two years ago.

The Air Max 1, SB Blazer Low GT and Iriving’s Kyrie 6 each feature striking radial patterns and a haptic graphic which references the gifts he received during his ceremony. These patterns also appear on new Nike N7 apparel which comprises hoodies, long- and short-sleeve T-shirts and leggings.

The full Nike N7 winter collection — both footwear and apparel — is available now from the Nike webstore.

In other news, Nike has also announced a release date for the Kobe 5 Protro “Bruce Lee” and “Bruce Lee Alternate”.