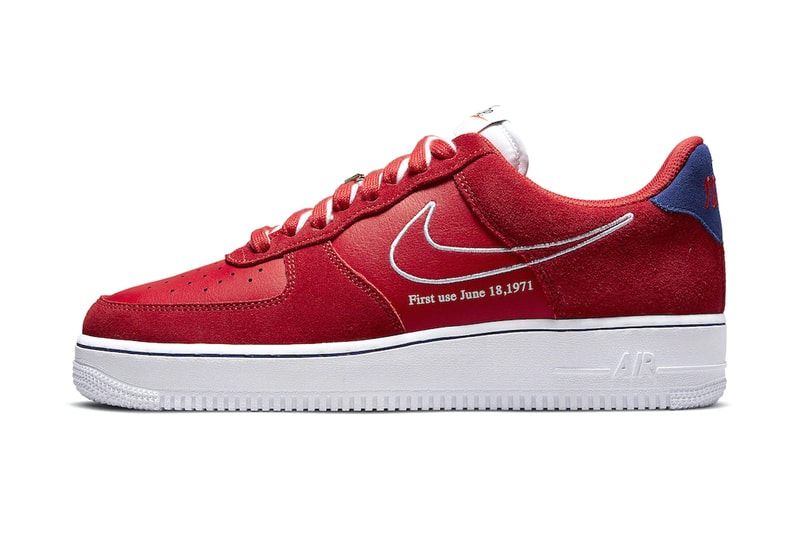 Nike has offered a new take on the Air Force 1. Landing in “University Red,” the sharp colorway is an ode to the silhouette’s heritage on the courts.

Most of the shoe is covered in a bright “University Red” tone, complemented by pops of white and “Deep Royal Blue.” There’s a retro-inspired “Nike” tag at the top of the shoe, followed by duo-laces and gold mini-Swoosh deubrés. At the heel is a blue suede panel, while a thin outline of a Swoosh at the sidewalls, a short phrase nodding to the silhouette’s original debut — “First use June 18, 1971” — and a crisp white midsole round of the shoe’s bold design.

No official release dates of Nike’s Air Force 1 “University Red” have been confirmed but the shoe is expected to release soon on the label’s website for $110 USD.

In case you missed it, here’s an official look at Nike’s Air Force 1 Low “Acorn.”