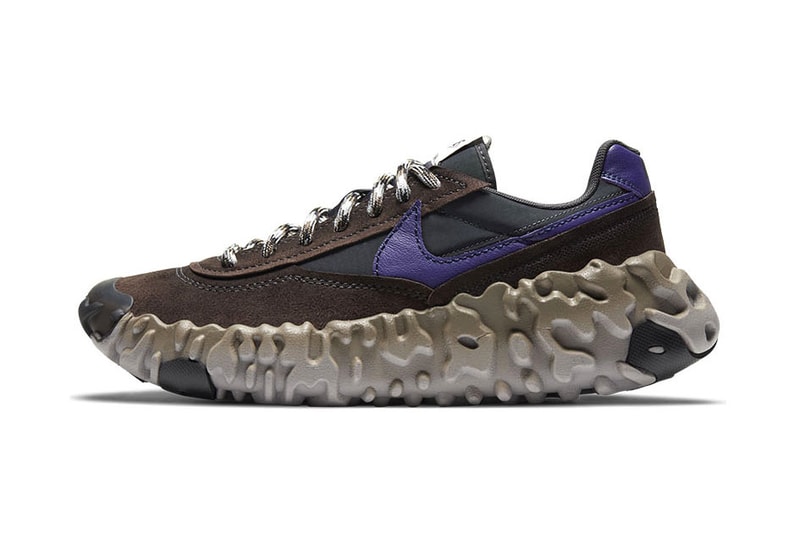 Nike‘s ISPA line and Daybreak resurgence has proved popular for the Swoosh brand this year, so naturally, the sportswear giant has combined elements of the two to create a new sneaker called the OverBreak SP.

Releasing in the inaugural colorway of “Baroque Brown/New Orchid/Black,” this pair is perfect for Fall/Winter 2020 — and not just because of its season-appropriate colorway. The OverReact midsole is sculptural thanks to the integrated tread design found all over, sporting a grippy gum toe cap and black support units at the front and rear of the midsole.

Elsewhere, we see the upper of the Daybreak receive a few contemporary updates that give the shoe a trail-like aesthetic. For example, the mixture of suede, leather, and synthetic fabrics creates a detailed paneled effect — elements such as the “New Orchid” Swoosh are hidden underneath suede panels but come over the top of the suede eyestay, giving the shoe a technical look.

This is accompanied by white and brown speckled rope laces, once more tapping into trail shoe design, while double stitching all-around has been added to complement the reconstructed look.

The Nike OverBreak SP in “Baroque Brown/New Orchid/Black” is set to release at retailers such as Sevenstore on October 30, costing £125 GBP a pair (approx. $164 USD). Take a closer look at the sneaker above.

In other news, the Nike Dunk Low is reportedly set to release in a “Medium Curry” makeover.