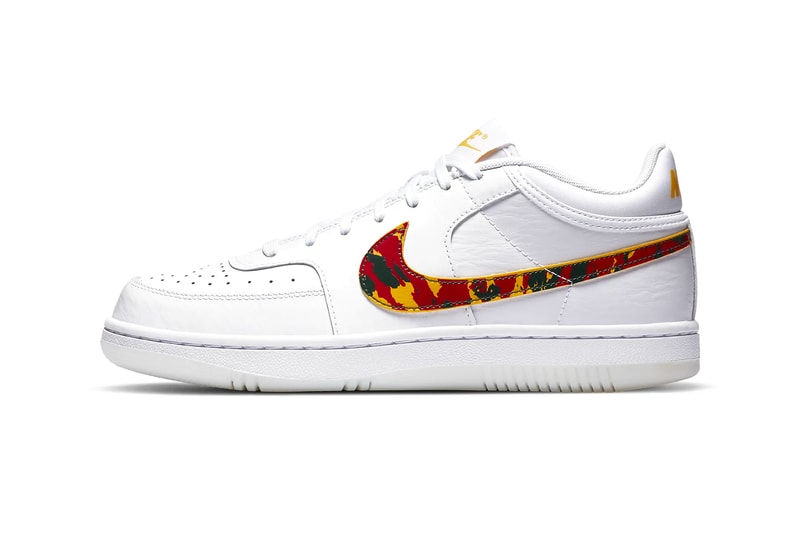 Nike has unveiled a brand new iteration of its Sky Force 3/4. Following its “Grey Fog” colorway from three weeks ago, the American footwear giant has delivered two new iterations of the silhouette, enlivened by contrasting Swooshes colored in a rich camo pattern and a “College Navy” palette.

Both colorways have been constructed with clean white uppers, allowing the vivid accents on the Swooshes to pop — an intricate “Amarillo” camo pattern on one model and solid navy on the other. A woven tongue tag is placed at the top of the silhouette, complemented by “Nike” branding at the heel counter. Tonal laces cover the forefoot, blending seamlessly with other subtle details of the uppers, like thin top-stitching and perforations at the toebox. All of these details rest over an articulated midsole, complete with a semi-translucent outsole for optimal traction and support.

For more from Nike, here’s a look at official images of the Dunk Low “Lemon Wash.”