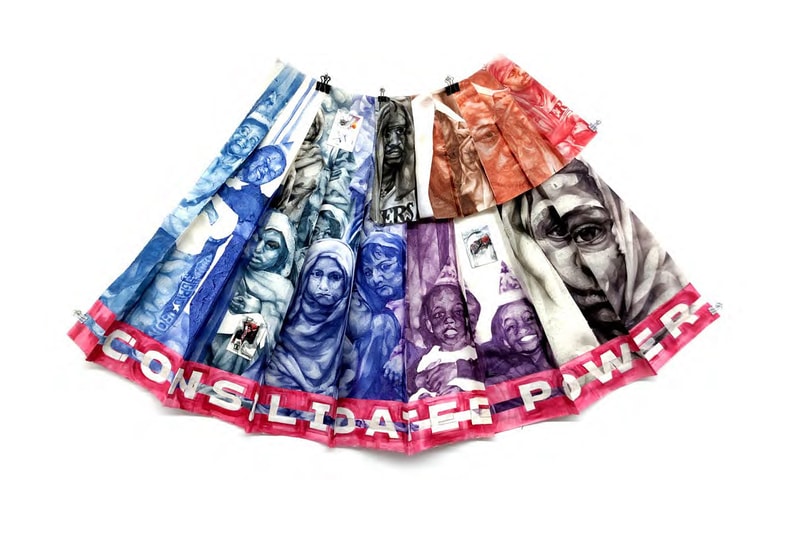 Accompanying the Public Access broadcast is a series of physical group shows curated by the artists themselves. One of them is helmed by Los Angeles-based artist and Dreamhaus co-founder, Nikkolas Mohammed, who is presenting mixed-media works that questions the role of sports by pairing athletic uniforms with religious attire. All of the works in the show revolve around the “Art Cleat” sneaker that Dreamhaus recently designed. Mohammed will also be joined by artists Burning Benjamins and Lowkey Hope whom are also displaying their pieces that touch on the concept of “Artist as Athlete.”

“Mohammed’s artworks include the hidden social ideas of sport. The hidden analogies of life.  The juxtapositions from sport uniform compared to religious attire, concepts of team sports to socialist beliefs. Within the political climate of 2020, sports out cry of social consciousness is expected, and the role of sports is coming closer to politics and religion,” said the gallery in a statement.

Head over to HVW8 Gallery’s website to learn more about its Public Access programming and check out select works by Mohammed in the slideshow above.