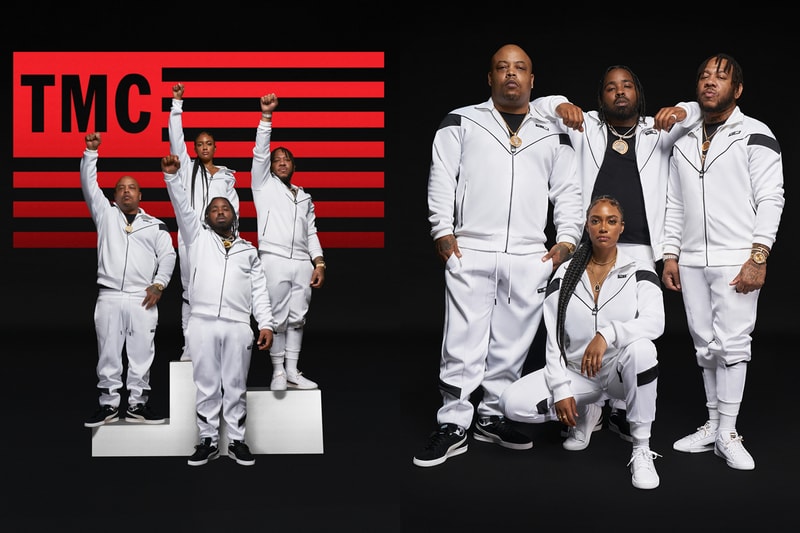 Nipsey Hussle‘s The Marathon Clothing and PUMA are set to release a new Forever track suit to honor the late rapper’s memory. Since Hussle’s tragic murder in March 2019, PUMA has continued to work with his estate to produce collaborative product — much of which is tailored to Hussle’s original measurements — so the Forever Track Suit’s lookbook stars ALL$IN recording artists Cobby Supreme, BH and Cuzzy Capone as well as Hussle’s sister Samantha Smith.

Simple yet effective in style, the two-piece suit is made up of a jacket and pants, both dressed in white with black accents. The former uses black for contrast on the chest zipper, pockets and shoulders, while the latter places it around the cuffs and on the aglet tips. A co-branded, rubberized TMC/PUMA badge completes each piece.

The Marathon Clothing x PUMA Forever Track Suit is set to release via the PUMA webstore, The Marathon Clothing’s LA retail location and PUMA’s New York City flagship on September 12. The jacket is priced at $100 USD, while the pants arrive at $90 USD.

Elsewhere in the world of fashion, Public Housing Skate Team has readied an HBX-exclusive capsule and KITH has re-worked Calvin Klein’s signature underwear with a little help from Gigi Hadid.