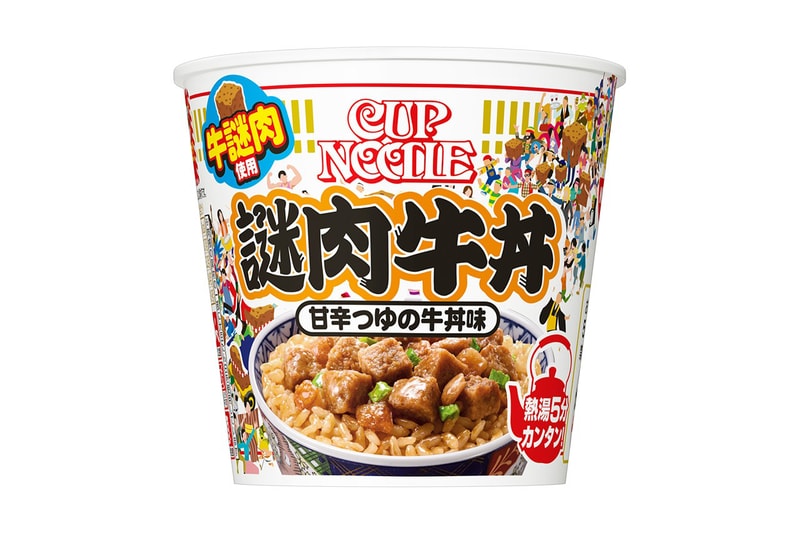 Shortly after celebrating Cup O’Noodles’ 50th anniversary, Nissin is continuing its infamous “mystery meat” series with a new Cup Noodle flavor dubbed “Mysterious Beef Bowl.” The “mystery meat” series debuted in 2017 to great acclaim — it was even accompanied by a special installment of anime/manga Great Detective Conan — and its key ingredient was later revealed to be pork, but now Nissin has brought it back with beef.

Apart from its cryptic name, the easy-to-make dish offers up simple yet savory flavors. The soy sauce-based dish accents its “mysterious beef” with white and green onions sitting atop rice. All of this combines for a tangy sweet and spicy taste, one that’s bolstered further by the stock of the beef. It takes less than five minutes to cook, and is extremely affordable in true Cup Noodle fashion, retailing for a scant ¥277 JPY (approximately $2.50 USD).

Prior iterations of Nissin’s “Mysterious Meat” Cup Noodle dishes were limited to only 10,000 units, but according to HYPEBEAST Japan the “Mysterious Beef Bowl” will release in greater quantities across Japan on April 19. As of now, information on a potential US arrival is forthcoming.

Elsewhere in the world of food and beverage, Starbucks has dropped a wide swath of special merchandise to celebrate 25 years in Japan.