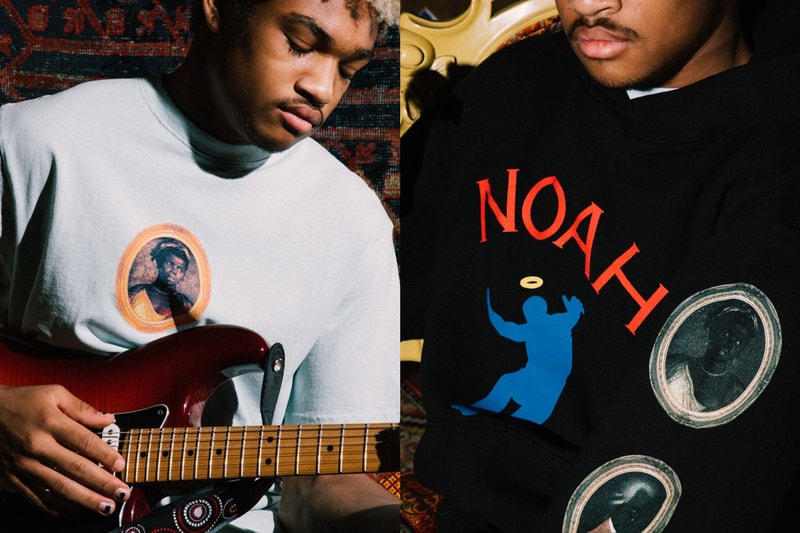 Union‘s friends and peers continue to roll out exclusive capsules with the legendary retailer in honor of its 30th anniversary. Next up is NOAH, which has co-created a historic capsule full of references and mashed-up logos.

Brendon and Estelle Babenzien, the co-founders of NOAH, owe more to Union than a bit of extra visibility for their label: according to the duo, they only met thanks to Union directors Chris and Beth Gibbs. In a celebratory Instagram post, the Babenziens recall the genesis of their friendships with the Gibbs and how they all came to know each other, planting the roots of a blossoming friendship. “…Our families became like one,” Brendon recalled on Instagram. “I love and admire [Chris and Beth] as individuals, as a family, as shop owners and as pioneers in the business.”

To denote the occasion of Union’s big birthday bash, it crafted a special series of exclusive items alongside NOAH, combining logos and a shared respect for Black heritage. Alongside co-branded T-shirts and hoodies that feature Union’s Frontman image and NOAH’s red logo, the pair have designed a selection of tees that feature historical Black figures.

Influential author Alexandre Dumas — the author of world-renowned tomes like The Three Musketeers and The Count of Monte Cristo — graces one shirt that canonizes him as “Haiti’s Finest,” while a presumed portrait of Shakespeare’s enigmatic Dark Lady is printed at the front of another. Finally, Ludwig van Beethoven, a figure whose race has provided the basis for much-needed civil reconsideration, is given pride of place at the rear of another tee.