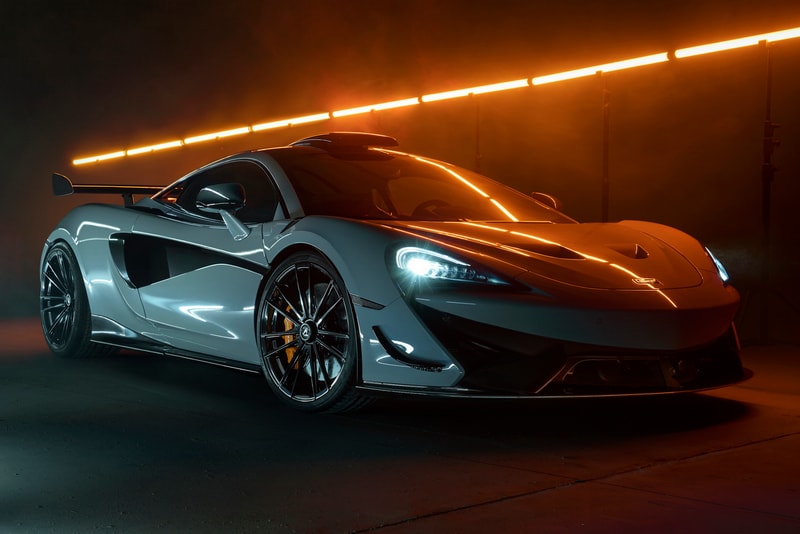 Luxury performance tuning company NOVITEC has taken its hand to many McLaren models in its past, and now it has taken on one of the automaker’s most interesting motors to date: the 620R.

Despite the power upgrades, NOVITEC’s version will do the 0-60 MPH sprint in the same time as the standard model, but it will continue to hit a top speed of around 204 MPH. The added power is achieved thanks to a NOVITEC RACE high-performance exhaust system made from INCONEL, which is the same lightweight material used in Formula 1 cars. Furthermore, the tailpipes have been slanted to give the rear a more aggressive aesthetic.

Weight reduction has been at the forefront of NOVITEC’s development process for the McLaren 620R, and so it has also equipped the hypercar with Vossen-produced rims measuring 20″ and 21″ front and rear, respectively. New sport springs lower the car by 25mm, while two new naked-carbon hood scoops, carbon rocker panels, the lateral shrouds for the rear fascia and the covers for the two side mirrors (available in either a composite material or forged carbon) are also produced as additional extras.

Altogether, the NOVITEC McLaren 620R weighs under 1,400kg, which is a sure-fire recipe for an incredibly fast and powerful race car for the road.

The standard McLaren 620R costs $299,000 USD — no word has been said yet on just how much the NOVITEC upgrades will cost. However, you can find out more on the NOVITEC website.

In other car news, Porsche is showcasing even more never-before-seen concepts.