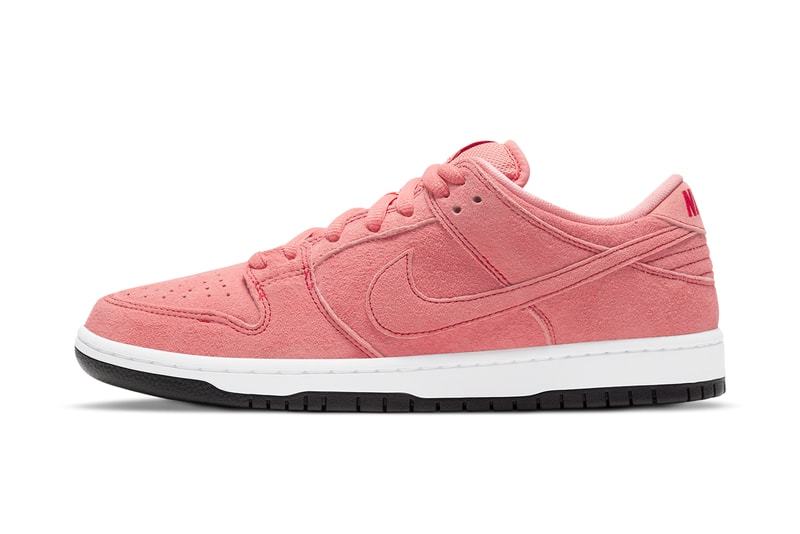 After it was first teased in December, Nike‘s Nike SB skate subdivision has revealed official images of the SB Dunk Low “Pink Pig.” Though its moniker and eponymous hue alike would suggest a porker-affiliated inspiration, the “Pink Pig” in fact draws from the Porsche 917/20 race car that debuted at the 1971 24 Hours of Le Mans — which named its panels after choice cuts of meat from a pig.

Uppers offer a premium full suede construction, dressed in a rich pink hue that’s a few shades darker than Concepts‘ famed SB Dunk High “When Pigs Fly” from 2012. Save for the puffy mesh tongue, this rosy material covers the upper from mudguard to heel and is given a little extra spice by red contrast stitching that surrounds each piece. More red appears via the branded accents on the tongue’s fabric tag and the heel’s embroidered Nike hit, with classic white midsoles and black outsoles finalizing the look.

The Nike SB Dunk Low “Pink Pig” is set to begin rolling out at skateshops globally over the course of February: Asia will see a release February 1, Europe on February 13 and US retailers like the Berrics’ Canteen at a to-be-determined date.