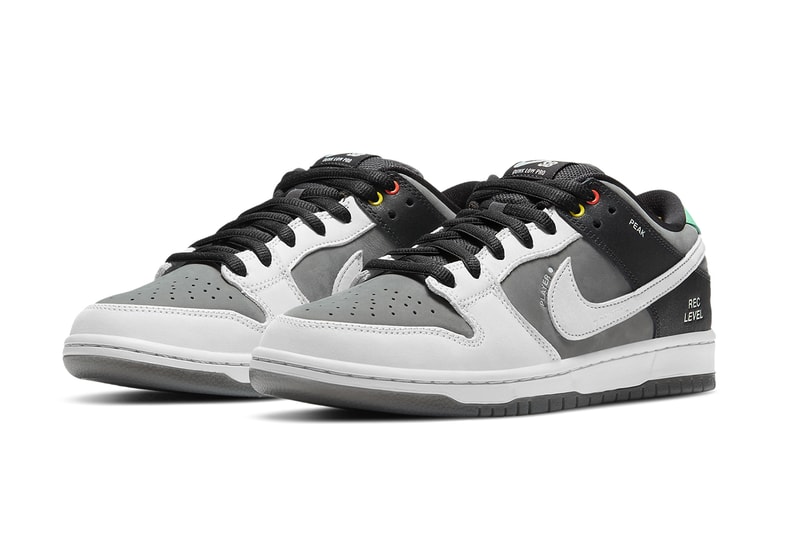 Skateboarding culture has a significant amount of elements to it such as the crafty and supremely-athletic tricks, the street style and even the millions of videos that document both pros and amateurs alike. The latter, is now being brought to the forefront by Nike, who has just fabricated its SB Dunk Low in a fresh new colorway inspired by Sony‘s VX1000 Camcorder — a handheld gadget which originally released in 1995 that’s often used to shoot skate videos.

The design team really went all out here with the camera-influenced detailing as the most engrossing aspects of the shoes are the textual hits. Panels such as the mid-foot, back end overlays and insoles boast ornaments such as “WHT BAL”, “PEAK”, “SHUTTER SPEED”, “REC LEVEL” and “0:00:01”, all of which are tied to the various functions of a camcorder. Even the eyelets are on brand with their red and yellow paint jobs, a duo of colors relative to the Sony piece’s pause and stop recording operations.

For its build, the Swoosh’s skate division elects to go with a full suede upper that’s smothered with greyscale tones. Charcoal grey takes care of the toe boxes, quarters and collars, while the forefoot overlays and Nike checks are christened in white. Moreover, the rear featured black overlays while the heel sports a tiny hint of teal up top.

Nike SB‘s Orange Label skate shops in Europe and Asia are scheduled to drop these on February 20, 2021.

If you’re looking for more sneaker news, HYPEBEAST recently caught up with Deon Point to talk about the Concepts x Nike Dunk SB “When Pigs Fly”.