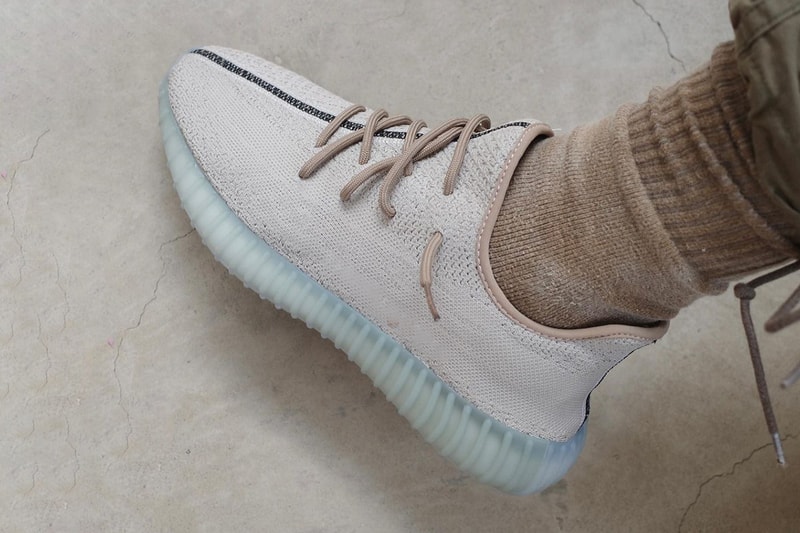 When it comes to footwear collaborations between Kanye West and adidas, there’s plenty of them to go around. This is mostly true for the two parties’ popular adidas YEEZY BOOST 350 V2 as it’s set to build out its catalog with an abundance of new iterations this year, one being this “Leaf” colorway that has just been revealed via on-foot imagery.

Unlike the silhouette’s impending “MX Rock” makeup that bears playful marbled patterns throughout its PrimeKnit upper, this offering instead goes for a much cleaner base. A lighter beige hue is mostly pronounced here as it wraps a majority of the real estate, and comes contrasted by a thin black line that starts at the toe tips and runs all the way to the bumper, the latter of which is a design cue that isn’t often seen on the mainstay model. More neutral tones are spotted here via the muted brown accents that spill onto the laces and interior lining. The bottoms of these adidas YEEZYs don’t continue the earthy energy and instead chooses to go with an icy blue tint over its ribbed midsoles and outsoles.

There’s no word on when these will officially launch, but expect adidas and select retailers to likely drop them in the coming months for the standard $220 USD.

Previously, detailed shots of the adidas YEEZY 500 “Enflame” were revealed.