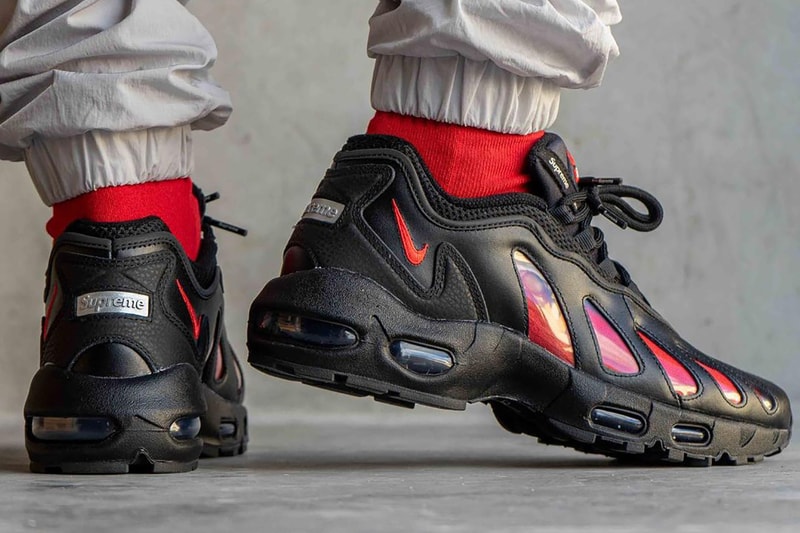 Supreme and Nike have a longstanding relationship of working together, especially when it comes down to producing highly-revered footwear collaborations. After joining hands earlier this year on a compelling SB Dunk Low collection, the two giants are reconnecting for yet another capsule that entails this Air Max 96 “Black” colorway.

Courtesy of Yankee Kicks, the shoes have now been uncovered by way of detailed on-foot photos. For this impending team-up, the brands elect to mostly lean on neutral tones to form a majority of its design while also sprinkling in bold red accents that match up with Supreme‘s iconic box logo. Side panels are crafted with a smooth leather build and have been altered with a set of five translucent windows. The leather overlays on the heels deviate with tumbled textures and come ornamented with a Supreme banner that’s drenched with a silver finish. “Speed Red” accents are sprinkled towards the tongue branding, lateral and medial Swooshes as well as across the entire footbeds, the latter of which also prints out the NYC’s namesake in oversized fashion.

Expect these collaborative kicks to release via Supreme likely in the latter half of 2021 alongside a “Camo” makeup.