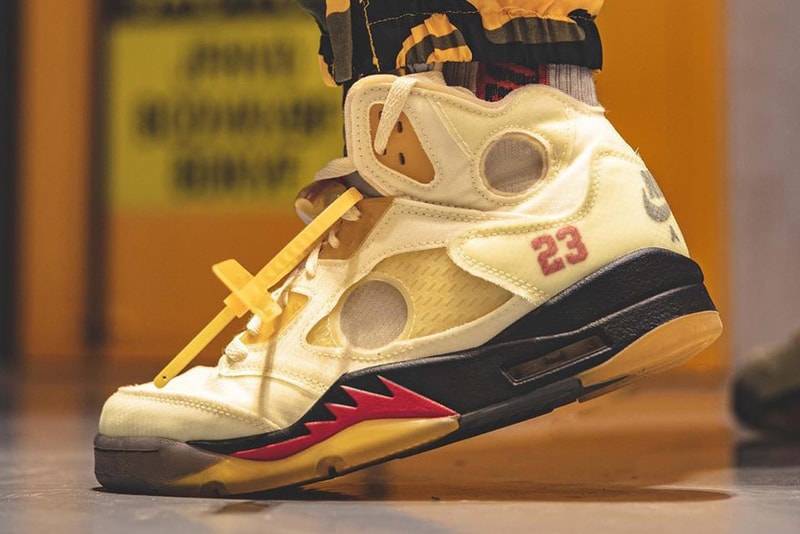 Virgil Abloh‘s Off-White™ x Air Jordan 5 “Sail” has been teased since April and its rumored holiday release is still months away, but anticipation for the see-through Jordan Brand style is still high — and now we’ve been provided with a detailed on and off foot look. Essentially a deconstructed iteration of the OG Air Jordan 5 “Fire Red,” Abloh and the Jumpman’s latest offers a stripped-back synthetic look, an aged tint and, of course, “RECOGNIZABLE” “BRANDED” “DETAILS.” Detail shots are available as well, giving a closer look at the synthetic TPE construction and Abloh’s notable Helvetica branding on the medial quarter. Semi-translucent circles on quarter, heel and tongue alike are the most notable tweak, providing a regimented customization option for aspiring DIY mavens.

The Off-White™ x Air Jordan 5 “Sail” will touch down at retailers later this year. MSRP will likely be $225 USD, in line with the “Black Metallic” colorway that released at NBA All-Star Weekend in February.