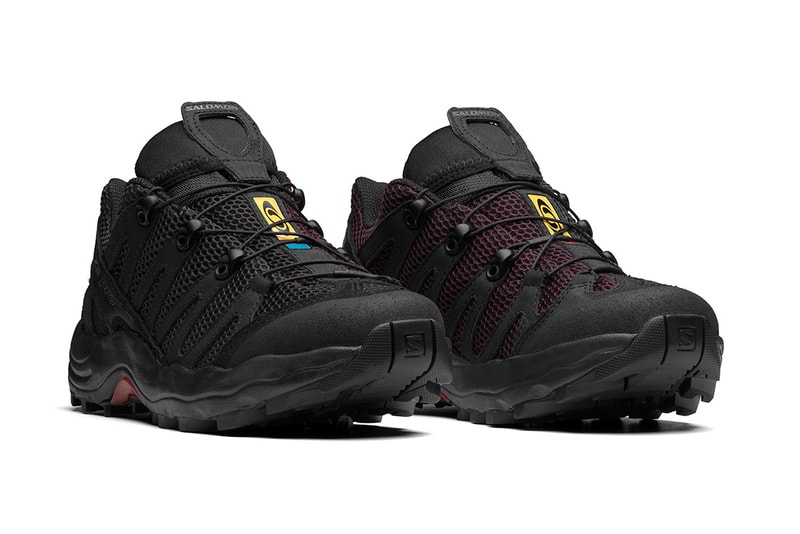 Salomon Advanced has followed up its recent Better™ Gift Shop collaboration by linking up with Organiclab.zip. Described as a “curation practice,” Organiclab.zip has gathered a following for its research-led examination of outdoor-influenced clothing and footwear.

The collaboration between Organiclab.zip and Salomon Advanced focuses on the XA-PRO silhouette, which first arrived in 2001. The silhouette has been redesigned with a colorway inspired by the changing seasons. The technical sneaker’s mesh upper features an asymmetric design, with black dominating the lateral sides while a dark purple covers the medial side. These colors are a reference to long winter nights and the star-filled skies of summer.

The sneaker also features an EVA midsole for extra cushioning, while its performance design is intended to provide comfort whether its being worn in the city or out on the trails. As the brand describes, mixing city and trail influences “offers access to symbiotic propositions in a world of diverse biomes … the structured champion from Salomon is an ageless, versatile tool for the better lifestyle we aspire to.”

The Organiclab.zip x Salomon Advanced XA-PRO 1 will release via OrganicLab and the Salomon web store on December 10, with a wider release at select retailers on December 15. Salomon will also launch the XA-PRO 1 in its original colorway and a range of new versions from January 2021 and throughout Spring/Summer 2021.

In other footwear news, Crocs recently presented its fifth collaboration with Post Malone.