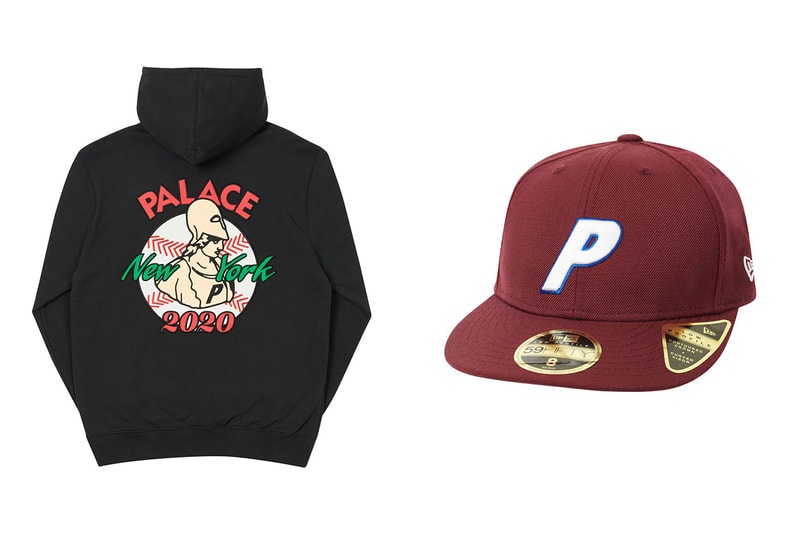 Palace and New Era have teamed up for a new capsule collection to celebrate the four metropolises Palace has a flagship store in: London, New York City, Tokyo and Los Angeles. Each locale is commemorated on a hoodie, baseball jersey and fitted hat — and all four cities boast a signature color scheme plus special details across their respective pieces.

London’s items are blessed with a burgundy, red and light blue palette, plus a graphic that places Big Ben atop a baseball. New York City’s garments are done up in black, red and white with just a dash of green, an Italian-inspired assemblage that’s driven home further by a centurion graphic. Tokyo receives a mix of dark gray, orange and white, and differentiates from its compatriots in two ways: it’s the only city that doesnt work a baseball into its logo — instead using a mountain-and-skyline mix — and also says “3020” instead of “2020,” a possible cheeky nod to the delay of the Olympic Games. Last but not least, Los Angeles uses heather gray, white, green and cream with its own baseball embellishment; fitting as the Los Angeles Dodgers just took home the World Series.

All twelve pieces will release alongside Palace’s sixth weekly Winter 2020 drop on the brand’s webstore and physical locations come November 6. They’ll then launch in-store and online in Japan as well as through WeChat in China on November 7. Prices have yet to be announced.

This isn’t the only New Era project in the news: the brand has also teamed with Yohji Yamamoto for an extensive FW20 collection.