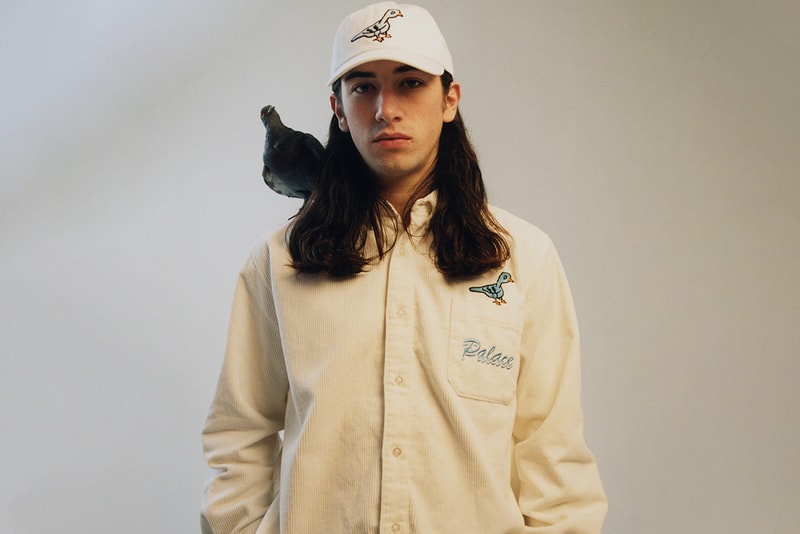 London-based label Palace has returned with the lookbook for its Spring 2021 collection, shot by photographer Frank Lebon. The lookbook features a range of standout pieces and gives a hint at some upcoming collaborations, all modelled by team skaters Lucien Clarke, Charlie Birch, Chewy Canon and Kyle Wilson.

Key features revealed in the lookbook include a selection of new GORE-TEX pieces — appearing in everything from camouflage patterns to bright pink — as well as bold knitwear and a series of graphic items. In the collection, Palace references everything from international rugby teams, through a cap covered in customized crests, to the musician Alice Cooper, who’s Constricted album cover has been recreated as “Palace Cooper.”

Additionally, Palace has given a first look at its seasonal adidas Originals collaboration in the collection. As well as a co-branded T-shirt, the lookbook also features a pastel-colored Stan Smith, with mismatched panels and a perforated “P” appearing on the side wall.

Take a look through the full lookbook in the gallery above. Palace’s Spring 2021 collection will begin releasing via its web store and U.S. locations on February 12. Additionally, Palace will launch a dedicated European site at 12PM CET on February 12, featuring items from the new collection. The collection will then begin arriving in-store and online in Japan and via WeChat in China on February 13.

In other fashion news, Dover Street Market recently revealed a series of collaborative T-shirts to mark the Lunar New Year.