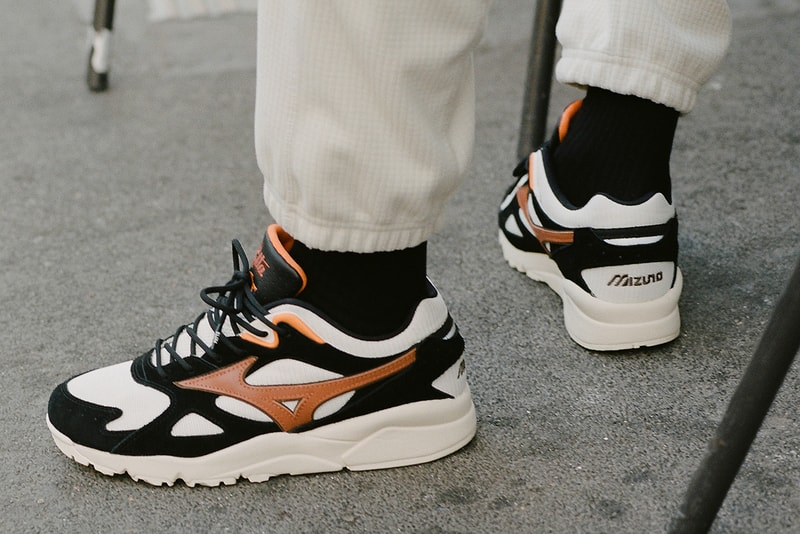 After releasing the lookbook for its Fall/Winter 2020 collection recently, Amsterdam-based label Patta has revealed an all-new collaboration with Mizuno. The latest release builds upon an ongoing collaboration between the two brands, which began back in 2019 with a Sky Medal release.

Patta has once again reworked the Sky Medal silhouette, this time bringing in references to its legacy as a running shoe and the Mizuno Runbird logo which appears on the sneaker. Paying tribute to the speed, Patta has dressed the sneaker in a colorway inspired by the roadrunner, one of the quickest running birds.

The sneaker’s upper features black and white panelling, which is offset by tan detailing on the Runbird and orange touches around the laces and tongue. This mixture of colors is a nod to the roadrunner’s feathers and markings.

Take a look at the sneaker in the gallery above. Patta x Mizuno Sky Medal is set to release via the Patta web store and physical stores in Amsterdam and London on August 15.