The fashion industry is known for making statements – and in 2017, luxury labels, young designers, and independent brands made some big ones for animals. Two recent, major reports reveal that a staggering three out of the four materials that have the worst environmental impact are animal-derived, leather being the most devastating. And as consumers continue to demand ethical clothing for which no animals were beaten, slaughtered, or skinned, designers have taken note. The PETA Menswear Fashion Awards celebrate the biggest moments, greatest innovations, and standout brands that made 2017 a kinder year for animals and the environment. 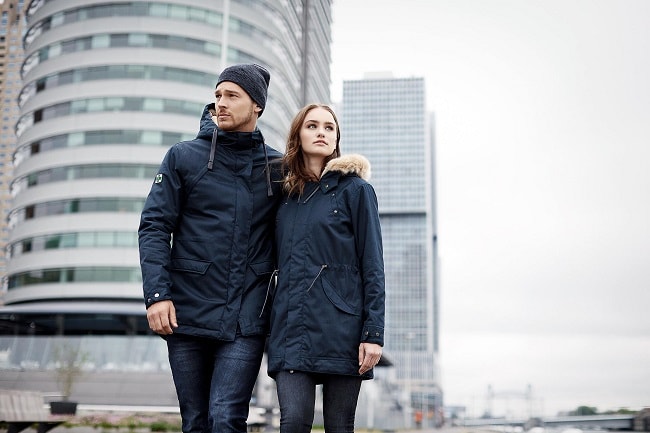 Vegan Brand of the Year: HoodLamb

Founded in 1993 by Doug Mignola, who wanted to use industrial hemp to create a warmer post-surf jacket, HoodLamb has gone on to become a leading name in outerwear. Its sustainable vegan parkas are designed for the coldest environments (with the help of Sea Shepherd crews) and made with natural hemp and organic cotton combined with innovative feather-free Thermore Ecodown and fur-free Satifur. The brand also makes vegan knitwear, T-shirts, hats, and other apparel.

In a monumental victory for animals – and after more than 20 years of PETA protests – the luxury powerhouse finally announced in October that it would be going fur-free, joining the ranks of Armani, Calvin Klein, Vivienne Westwood, and Stella McCartney, who have already banned fur from their collections. 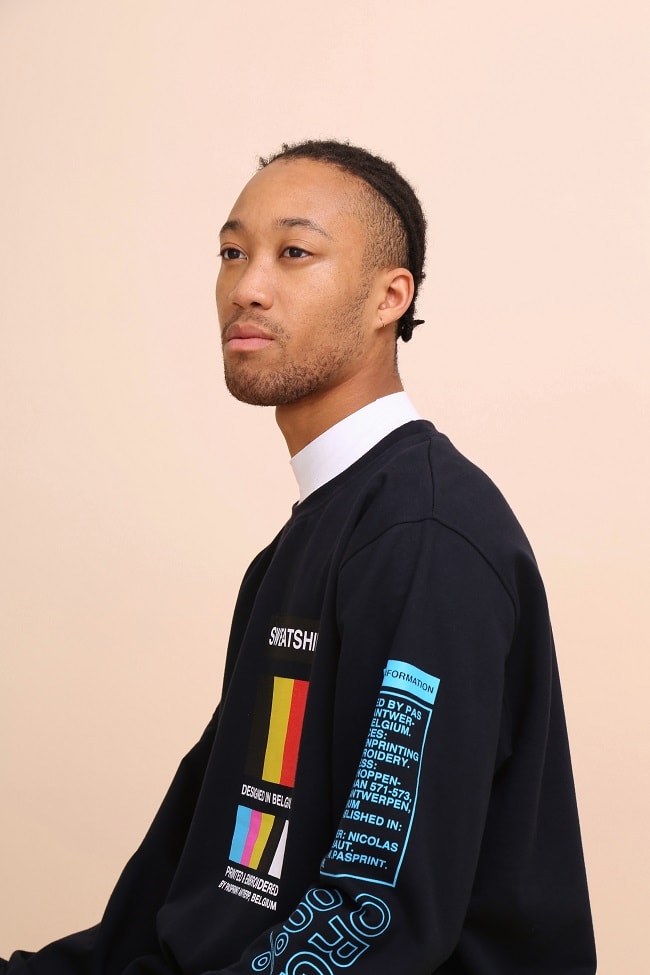 Bruno Pieters, the former creative director of Hugo by Hugo Boss, is highly regarded for his avant-garde creations and sharp tailoring. He’s pledged never to stock leather, feathers, or fur on his platform Honest by, stating that he thinks “killing animals for human purposes is something that no longer fits within this modern world’s ideals.”

“Recycle”, the much-anticipated Christopher Raeburn x Save the Duck collaboration for the 2017 autumn/winter season, combines the British designer’s military-inspired pieces with cutting-edge vegan technology. The camouflage-printed parkas, jackets, and padded vests are made using recycled fabrics and high-performance Plumtech, a feather-free, duck-friendly padding. 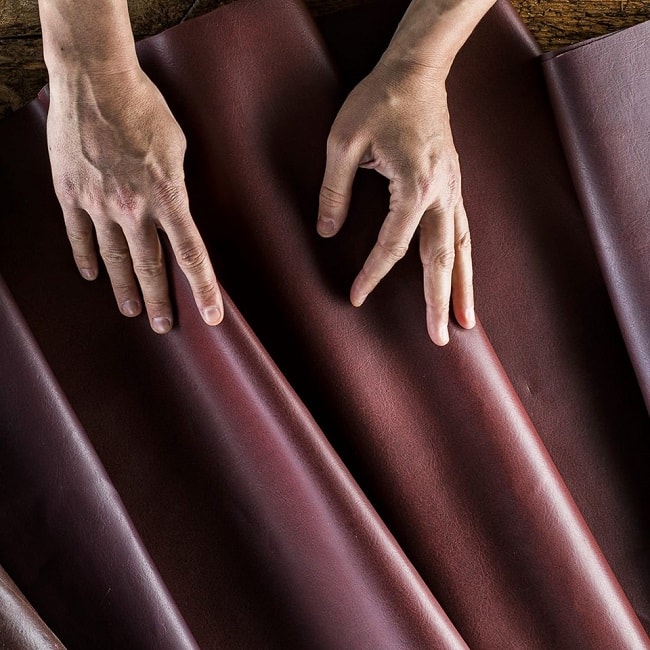 Made in Italy, Vegea is a fully natural vegan material produced by processing the fibres and oils contained in grape marc, the skins, seeds, and pulp left over after pressing grapes. Designers of luxury clothing and accessories are already queuing up to get their hands on the new plant-derived leather when it hits the market next year. 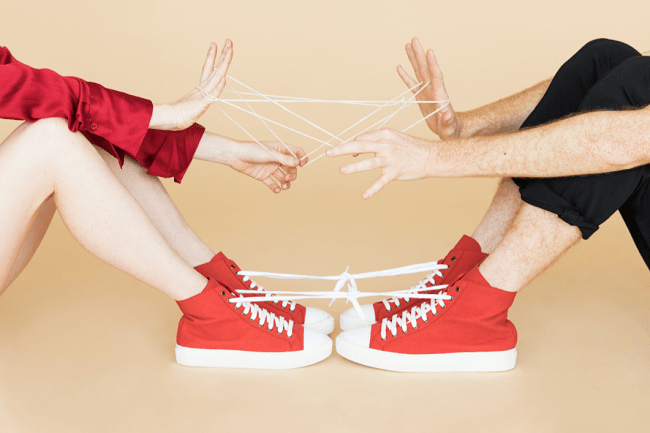 Designed in Paris, Good Guys‘ shoes are true to the fashion capital’s effortless, modern style – in 100 per cent vegan-friendly materials. The brand’s sneakers, Derbys, and desert boots are made with recyclable, supple vegan leather and suede.

Stella McCartney‘s “they have no idea they’re not real leather” accessories are now available in the brand’s menswear line. The embossed wallets, coin purses, and card holders are made of superior and sustainable vegan leather. 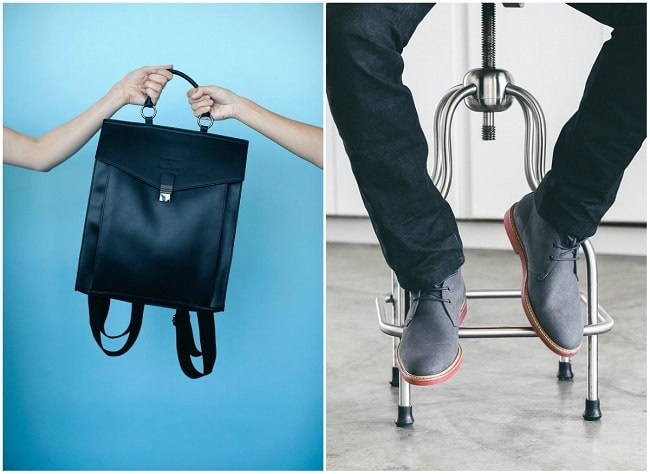 Built on the philosophy that a good bag should last for years, Tokyo Bags‘ classic briefcases, backpacks, and messenger bags are made with the highest-quality vegan leathers as well as sustainable materials such as cork and rubber. All the bags are delivered in 100 per cent recycled-paper packaging printed with soy-based inks.

Will’s classic belts are handmade in Portugal using vegan microfibres, which look, wear, breathe, and resist water like animal leather – without the abuse of cows, pigs, and other animals or the toxic chemicals used to process their skins, which are dangerous for workers and the environment. 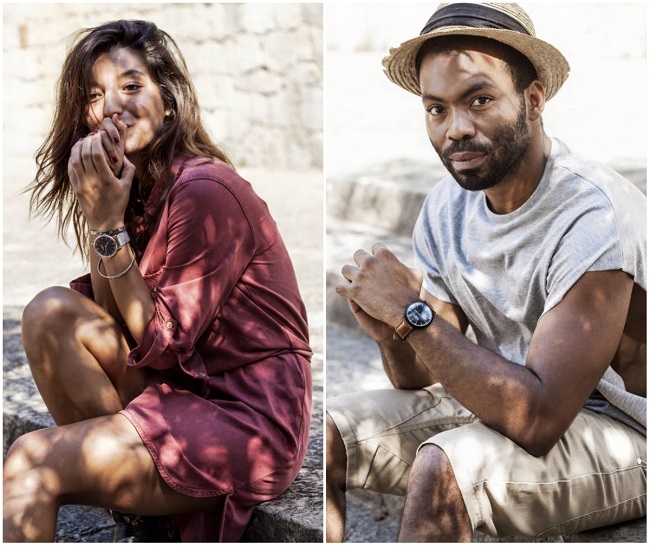 With a commitment to making watches “that wear well and last”, Hurtig Lane designs have stainless-steel casings, Japanese Miyota movements, and straps made of cruelty-free materials – including nylon Tweed and vegan leather.

“It’s never been more stylish to dress with a conscience,” says PETA Director Elisa Allen. “Today’s designers are embracing ethical and eco-conscious materials because the future of fashion clearly lies in compassionate clothing.”