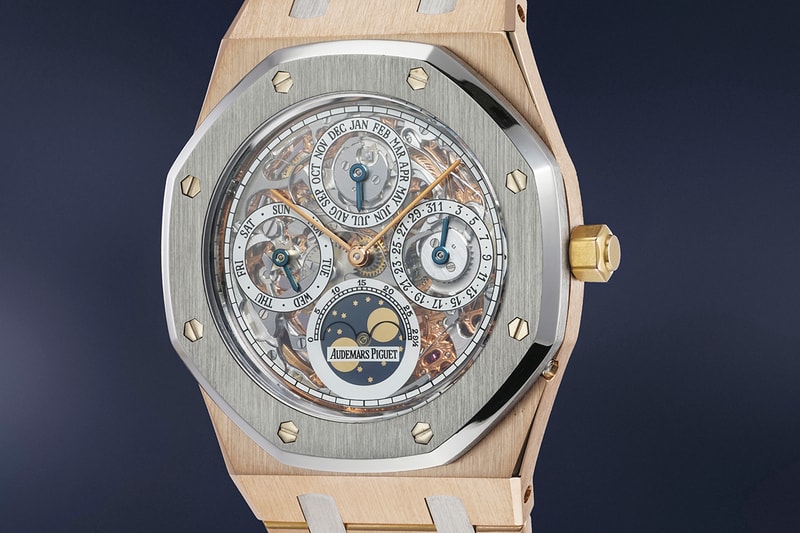 If the full-set of Patek Philippe Ref. 2499 models already announced for Phillips first dedicated watch auction of 2021 wasn’t enough, the auction house has just announced a interesting assortment of rare models also going under the hammer.

The Geneva Watch Auction: XIII lots represent not only globally recognised brand but some of the world’s finest independent watchmakers too.

The sale in May is thought to be the first time that a Roger Smith Series One ‘Theo Fennel’ has ever appeared at auction. Of the nine Series One watches created by the Isle of Man watchmaker from 2001 onwards, three were commissioned by London jeweller Theo Fennel as part of his ‘ONELY’ series which bear his monogram at the 12 o’clock position. This white gold example features a retrograde date and small seconds and has an estimate of CHF 40,000 – 80,000 ($43,000 – $86,000 USD).

Also offered is a Harry Winston Opus One in platinum, a watch created for the famed diamond jeweller in 2001 by the then up-and-coming young watchmaker, F.P. Journe. The Opus series was the brainchild of Harry Winston’s then CEO, Max Büsser, who wanted to harness the talents of exciting, emerging watchmakers. He would later turn the concept into a business model by leaving to set up his own watch brand, MB&F or Max Büsser and Friends. The watch has an estimate of CHF 150,000 – 300,000 ($161,300 – $322,600 USD).

But those in the market for ultra-rare Patek Philippe examples won’t be disappointed either, with a stainless steel Ref. 5004 perpetual calendar split second chronograph being offered without reserve. Only 50 pieces were made in stainless steel when the model was discontinued and reserved for the brand’s top clients.

The sale, which takes place on May 8 and 9 at Phillips Geneva, also includes watches from A. Lange & Söhne, Cartier, Vacheron Constantin, Breguet, Zenith, Longines and IWC.