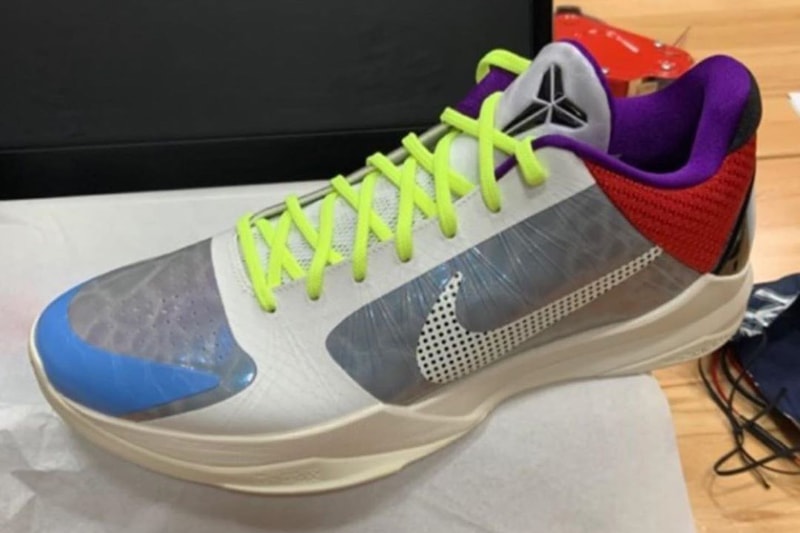 Nike Basketball has bequeathed Houston Rockets forward and undisputed NBA sneaker king PJ Tucker with his own Kobe 5 Protro PE. Although Tucker has rocked everything from the Air Fear of God 1 to the Travis Scott x Air Jordan 4 and rare Kobe 4 PEs on the hardwood, this marks his first ever “official” model after he re-signed with Nike in 2019.

Tucker’s “signature” Kobes sport a bright “What The” color scheme, with pops of purple, red, volt and light blue scattered around the toe and heel, a bold look that’s in line with his often flamboyant pre-game outfits. Bases are done up in white and grey, the latter of which features an animal-printed pattern, and a dotted Swoosh rounds off the top half. Midsoles and outsoles appear to feature a slight rose-tinted hue, and contain sizable Zoom Air bags.

You can expect Tucker’s Nike Kobe V Protro PE to release on September 25, with a likely MSRP of $180 USD. In the meantime, Tucker and his Rockets will continue to battle LeBron James, Anthony Davis and the Los Angeles Lakers in the Western Conference Semi-Finals.