From guiding the Allies to victory in World War II as supreme commander, to steering the ship of state for eight years as one of the country’s least partisan and most popular presidents, few leaders in history have had to make as varied and consequential decisions as Dwight D. Eisenhower.

My guest today possesses insights into how he made the many choices he was faced with in his military and political careers that are gleaned not only from studying Ike’s life, but from personally knowing the man beneath the mantle. Her name is Susan Eisenhower and she’s a writer, consultant, and policy strategist, one of Dwight’s four grandchildren, and the author of the new book How Ike Led: The Principles Behind Eisenhower’s Biggest Decisions. Susan and I begin our conversation with her relationship with Ike as both historic leader and ordinary grandfather, and why she decided to write a book about his leadership style. We then dive into the principles of his leadership, beginning with his decision to greenlight the D-Day invasion, what it reveals about his iron-clad commitment to taking responsibility, and how that commitment allowed him to be such an effective delegator. From there Susan explains how a love of studying history born in Ike’s boyhood allowed him to take a big picture approach to strategy, how he used a desk drawer to deal with his lifelong struggle with anger, and how his belief in morale as an input rather than an output inspired him to always stay optimistic for the benefit of those he led. We then turn to how Eisenhower dealt with the discovery of concentration camps at the end of WWII and making peace with Germany after it. We then talk about his nonpartisan governing style as president which he called the “Middle Way” and which involved emphasizing cooperation, compromise, and unity, including members of both political parties in his cabinet, limiting his use of the “bully pulpit” to sway public opinion, and striving not to turn policy issues into personality confrontations. We then discuss how this style influenced how he dealt with Joseph McCarthy and enforced the Brown v. Board of Education decision. At the end of our conversation, Susan explains that while she doesn’t expect everyone to agree with the difficult decisions her grandfather made, she thinks there’s something to be learned from how he managed to make them, and to make them without becoming hard and cynical in the process. 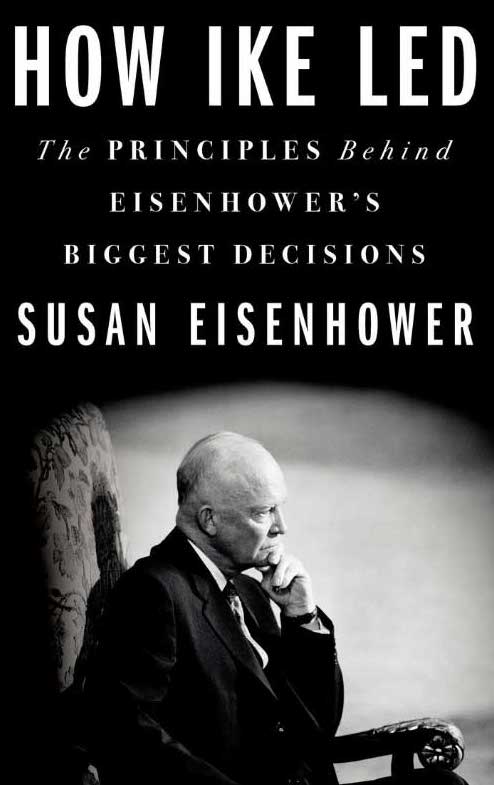 The post Podcast #641: How Eisenhower Led — A Conversation with Ike’s Granddaughter appeared first on The Art of Manliness.