When you think about bunkers, you might be apt to think of the 1950s and people building basement and backyard fallout shelters during the Cold War. But there’s a second “Doom Boom” going on right now, and people aren’t just burrowing into the earth to protect themselves from a nuclear bomb.

My guest today traveled across four continents to explore what’s driving this phenomenon and how it’s manifesting itself in the modern age. His name is Bradley Garrett and he’s a professor of cultural geography and the author of Bunker: Building for the End Times. We begin our conversation with the immersive dive Bradley took into urban exploration for his PhD, and how it led to his fascination with the building of underground bunkers. From there we dip into the history of bunkers, from the ancient subterranean cities built in Turkey to the governmental decisions made during the Cold War that led Americans to build blast shelters in their backyards. From there we dig into why a multi-billion dollar private bunker-building industry has emerged in the present day, and how it’s not being driven by a specific threat, but instead a diffuse sense of dread. We discuss how bunker building breaks down into individual and communal approaches, and why the latter is currently ascendant. Bradley takes us on a tour of two underground communities: one a complex of over 500 subterranean cement rooms in South Dakota, and the other a former nuclear missile silo in Kansas which has been turned into a luxe, 15-story inverted skyscraper of survival condos, complete with swimming pool, dog park, movie theater, and grocery store. We then turn to the modern movement of backyard bunker building, and how it often represents an act of resistance against the surveillance state. We also look at the culture of prepping in different countries, including the building of bug-out vehicles and fire bunkers in Australia. We end our conversation with whether or not Bradley ultimately concluded that bunker building and survival prepping is a rational response to the state of the world, and whether he became a prepper himself. 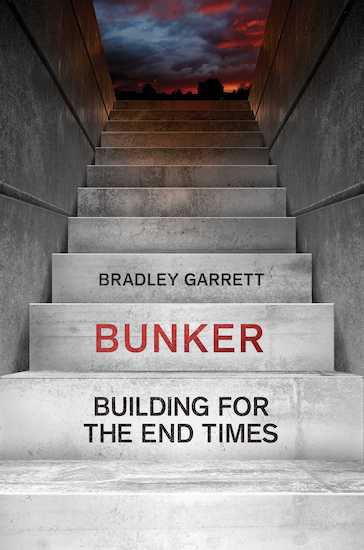 The post Podcast #650: Why People Are Building Apocalypse Bunkers appeared first on The Art of Manliness.