Skip to content
If you grew up in the ‘80s like me, there’s a good chance you really wanted to go to space camp and you really wanted to be an astronaut. You probably had a lot of questions about what it was like to live in space, and if those questions were never answered (or you’ve forgotten the answers), my guest today can tell you everything you ever wanted to know.
His name is Colonel Terry Virts and he’s been to space twice, the second time serving as commander of the International Space Station for 200 days. Terry also helped film the IMAX movie A Beautiful Planet, and is the author of How to Astronaut: An Insider’s Guide to Leaving Planet Earth. Terry and I begin our conversation with the plan he set in childhood to become an astronaut via going to the Air Force Academy and becoming a pilot. We talk about how long it took him to make it to space once he joined NASA, the training he underwent for years which required being a skill-acquiring polymath, and how aspects of that training, which included flying jets and wilderness survival courses, didn’t always directly correlate to his job as an astronaut, but were still essential in being adept at it. We also discuss the physical training Terry did both before his missions and after leaving the earth, and whether he suffered any long-term health issues from being in space. From there we get into what a typical day is like when you’re floating through sixteen sunsets, including what space food looks like these days and whether they’re really eating “astronaut ice cream” up there, what it’s like to sleep while weightless, and of course, that most burning of questions, “How do you go the bathroom in space?” We then discuss the importance of emotional and mental skills when you’re living for months at a time in a space station, and what it was like to leave that station to take a spacewalk and see the earth from above. We end our conversation with how Terry physically and psychologically adjusted to returning to earth, whether he yearns to go back up again, and what he thinks the future of space exploration holds.
Consider this show the stint at space camp your parents never signed off on. 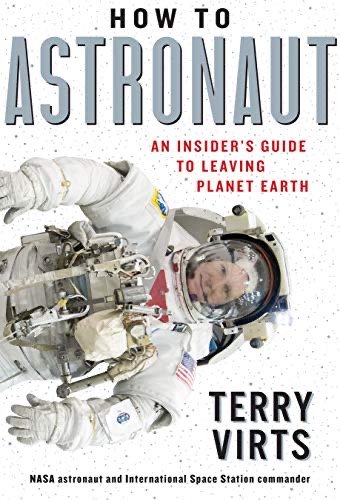 The post Podcast #654: How to Astronaut appeared first on The Art of Manliness.