for knowing the death which was about to come upon them by reason of those who were going round the mountain, they displayed upon the barbarians all the strength which they had, to its greatest extent, disregarding danger and acting as if possessed by a spirit of recklessness.

So wrote the Greek historian Herodotus, our main source as to what happened at the Battle of Thermopylae, clearly impressed by the bravery the Spartans showed in making a stand against multitudes of invading Persian warriors.

Even down to the present time, this legendary battle continues to capture our imagination, and my guest today will go beyond pop culture depictions of it, to describe what really led up to Thermopylae, how the epic clash that happened in a narrow coastal pass in Greece unfolded, and why it matters. His name is Paul Cartledge, and he’s an ancient historian, professor of Greek culture, and the author of several books on Sparta, including Thermopylae: The Battle That Changed the World. At the start of the show, Paul describes Sparta’s martial training system which allowed it to become a dominant power in Greece, the Spartans relationship with other city-states, and how they ended up partnering with their sometimes enemy, Athens, in repelling a second Persian invasion. We discuss who made up the famous 300 Spartan warriors who would defend the Grecian pass to the death, how they armed and prepared for combat, and what happened over three days of battle. We end our conversation with the importance of the Spartans’ courageous stand at Thermopylae not only in the outcome of the Greco-Persian Wars, but the course of world history.


If reading this in an email, click the title of the post to listen to the show. 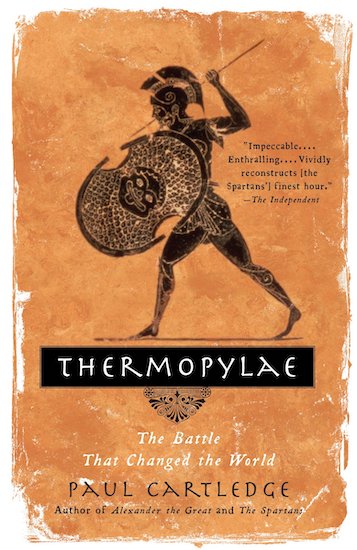 The post Podcast #710: The Spartans at Thermopylae appeared first on The Art of Manliness.