Seventy-six years years after the end of World War II, that singular event continues to capture our interest and fascination. There’s a reason for that; the war combined two greatly compelling things — the epic, historic sweep of large-scale battles and the personal stories of the individual young men who fought in them with determined resolve and humble heroism.

My guest has written a book that deftly combines both of these elements into a thoroughly memorable tale. His name is James Sullivan and he’s the author of Unsinkable: Five Men and the Indomitable Run of the U.S.S. Plunkett. Today on the show, Jim shares the story of the Plunkett — the only Navy ship to participate in every Allied invasion in the European theatre — as well as the stories of a group of men who served on this destroyer. We begin with the personal connection Jim has to the Plunkett, and how he got interested in learning more about the ship. Jim then explains the role the Navy’s destroyers played during WWII, before getting into the backstories of some of the men who served aboard the Plunkett. From there we delve into the escorting and landing operations the Plunkett was involved in leading up to its arrival along the Italian coast at Anzio, where a dozen German bombers bore down on the ship in one of the most savage attacks of the war, and how the ship yet lived to fight another day. We end our conversation with what happened to the men Jim profiled, how the war affected their lives, and how their lives affected Jim.


If reading this in an email, click the title of the post to listen to the show. 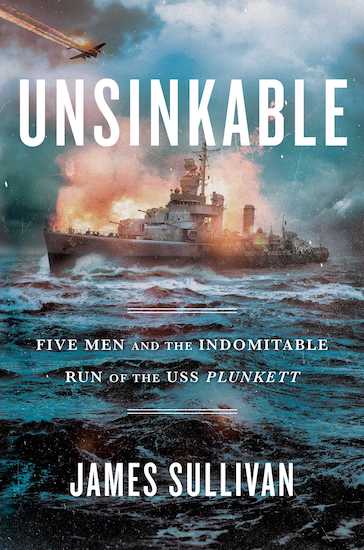 The post Podcast #712: The Men and Mission of WWII’s Unsinkable U.S.S. Plunkett appeared first on The Art of Manliness.