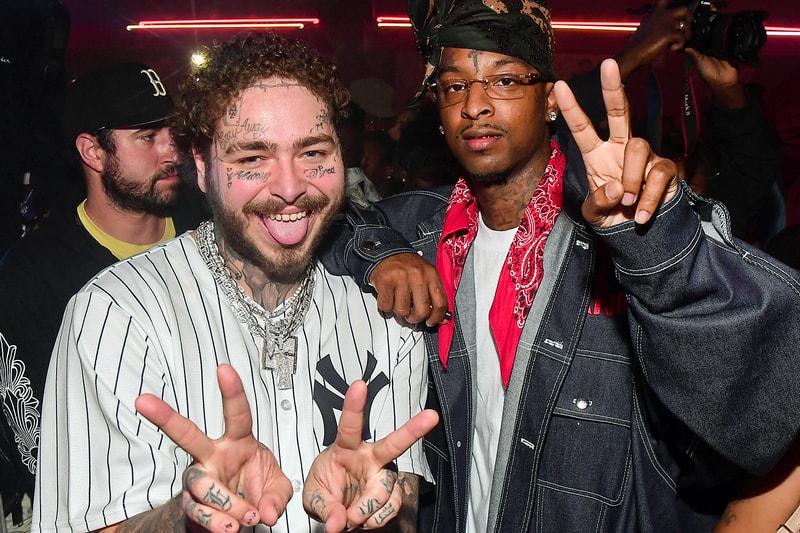 Post Malone and 21 Savage‘s “rockstar” officially hit 2 billion streams on Spotify, marking only the second song on the streaming service to achieve this feat.

“rockstar” is now the second most-streamed song on Spotify just behind Ed Sheeran‘s “Shape of You,” which currently sits at No. 1 with 2.6 billion streams. Following Posty and Savage’s collaborative joint on Spotify’s unofficial Most Played All-Time playlist are Drake‘s “One Dance” at No. 3, The Chainsmokers and Halsey‘s “Closer” at No. 4 and Tones and I’s “Dance Monkey” at No. 5.

The lead single off Malone’s sophomore album beerbongs & bentleys, “rockstar” was released in September 2017 and peaked at No. 1 on the Billboard Hot 100, giving the two collaborators their first chart-topping entry each. The track also received a number of accolades during its run, including Record of the Year and Best Rap/Sung Performance nominations at the 2019 GRAMMYs.

.@PostMalone and @21savage‘s ‘rockstar’ has surpassed 2 BILLION streams on Spotify. It’s the 2nd song in history to achieve this.

Elsewhere in music, Thundercat, Chance The Rapper and more paid tribute to Mac Miller on his second death anniversary.