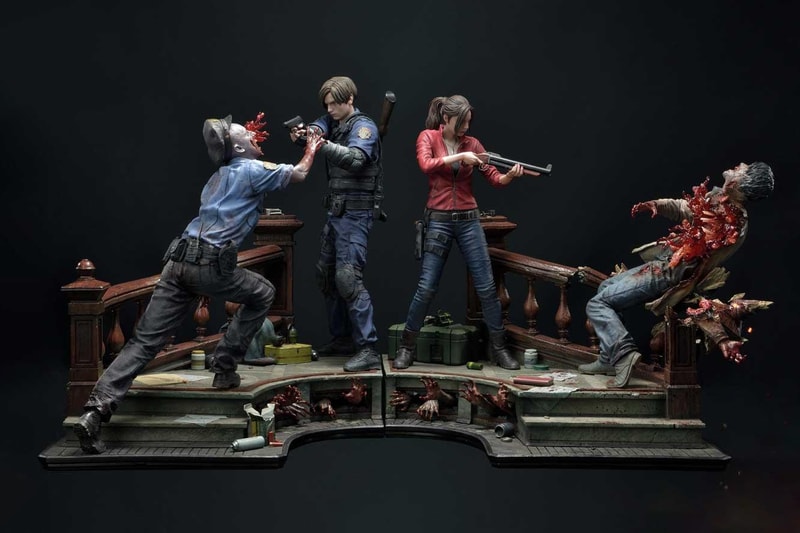 Immortalized in their signature zombie-slaying action, the statues depict Leon firing a round from his pistol into a zombie’s head while Claire blasts another one’s torso with her shotgun, both facing opposite directions down a spiral staircase. Ammo crates, shotgun shells, and various grenades line the floor as other zombies grab at the two protagonists from below the steps. Each statue can be purchased individually but can be placed together to form one whole scene. The Leon model stands 23 inches tall and weighs a whopping 46 pounds, while Claire’s version is 21.6 inches tall and weighs 40.5 pounds.

For those interested, both statues are now available for pre-order over on Prime 1 Studio’s website, each retailing for $1,350 USD.