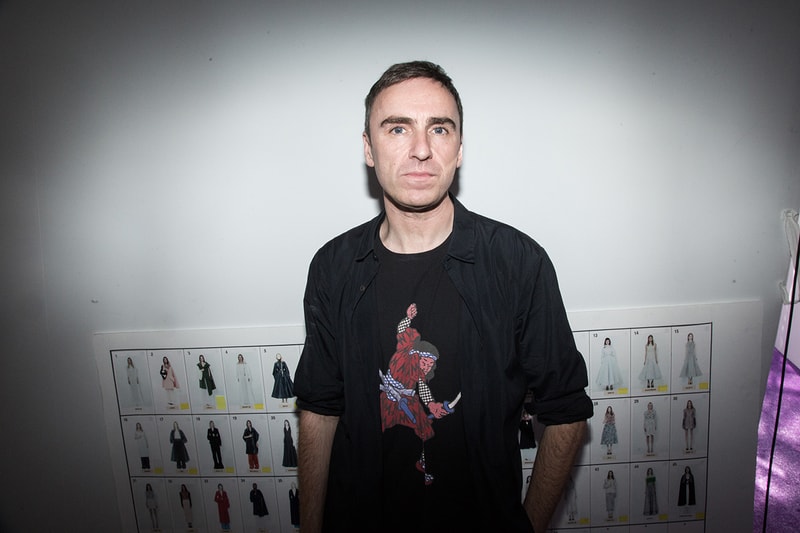 Ahead of the reveal of his first collection for Prada later this month, Raf Simons has announced that he is also set to launch a womenswear line under his own name.

This will be the first time ever that Simons’ brand will officially sell women’s, though some stores (including MATCHESFASHION) have been selling pieces from his men’s line as part of their womenswear offering.

Simons has a long-standing history in women’s fashion: at Jil Sander, where he served as creative director until 2012, his womenswear collections were critically adored, and directly led to his appointment as creative director at Dior, where he was responsible for the women’s ready-to-wear and couture lines (his first season at the house was captured in the documentary Dior and I). After that, he helmed Calvin Klein, where he oversaw the men’s and women’s collections for just under two years before a widely publicized and acrimonious split.

Simons’ eponymous menswear collections, which are some of the most influential of his generation, are known for their austere silhouettes and references to youth movements, electronic music, and subculture. In recent seasons he has incorporated more traditionally feminine elements into his men’s collections, including floor-sweeping, embellished coats for FW19 and fur-lined muffs for FW20.

The debut women’s collection, and the men’s SS21 collection, will be revealed on October 23rd in a yet-to-be-confirmed format. Alongside a formal announcement, the designer also shared the news on an Instagram post.

In other news, New Era has collaborated with Helmut Lang to mark its 100th anniversary.