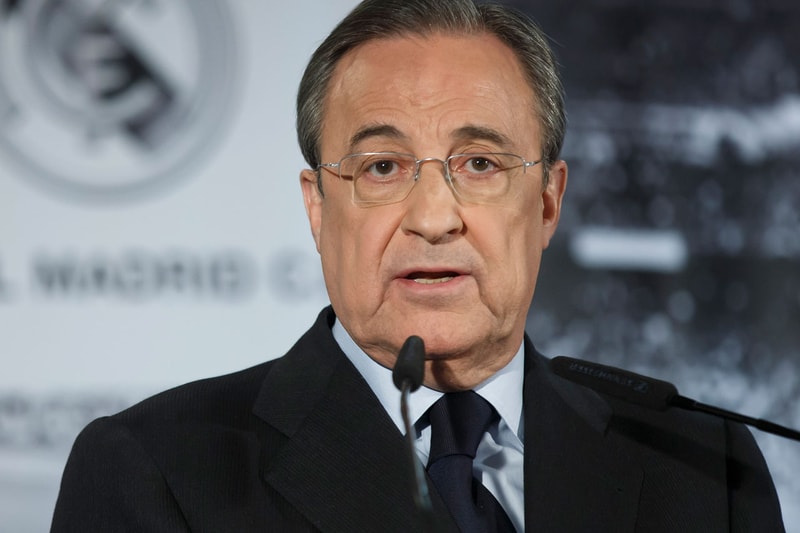 Real Madrid president Florentino Perez addressed proposed plans to form a new breakaway European Super League, explaining that the 12 clubs that had advocated for the move have “binding contracts.” Perez has been leading efforts to create the new competition.

Nine teams announced that they were withdrawing from the plans due to backlash on Tuesday, including Manchester City, Liverpool, Manchester United, Arsenal, Tottenham, Chelsea, AC Milan, Internazionale and Atletico Madrid.

Speaking to Spanish sports daily Diario AS, Perez said that plans were still in motion.

“I’m not going to explain what a binding contract is,” he said. “But the clubs can’t leave”

“Some clubs, under pressure, have had to say that they are leaving. But this project, or another very similar one, will go ahead, and I hope soon.”

Perez also addressed reports that U.S. investment bank JP Morgan was pulling out after providing a €3.5 billion EUR (approximately $4.2 billion USD) grant for the clubs to form the league.

“That’s not true,” Perez said. “They have taken time to reflect, like the twelve founding clubs. If something has to be changed, we will do it, but the European Super League is the best project that we have thought of.”

Still, the future of the league remains unclear. Andrea Agnelli, the chairman of Italy’s Juventus, told Reuters that the plans would be pulled. “The voices and the concerns of fans around the world have clearly been expressed about the Super League, and AC Milan must be sensitive to the voice of those who love this wonderful sport.”

Former players, including Manchester United’s ex-captain Gary Neville, long-standing Liverpool defender Jamie Carragher and Arsenal legend Ian Wright, recently came out against the plans, along with a number of fans who questioned the teams’ motives.