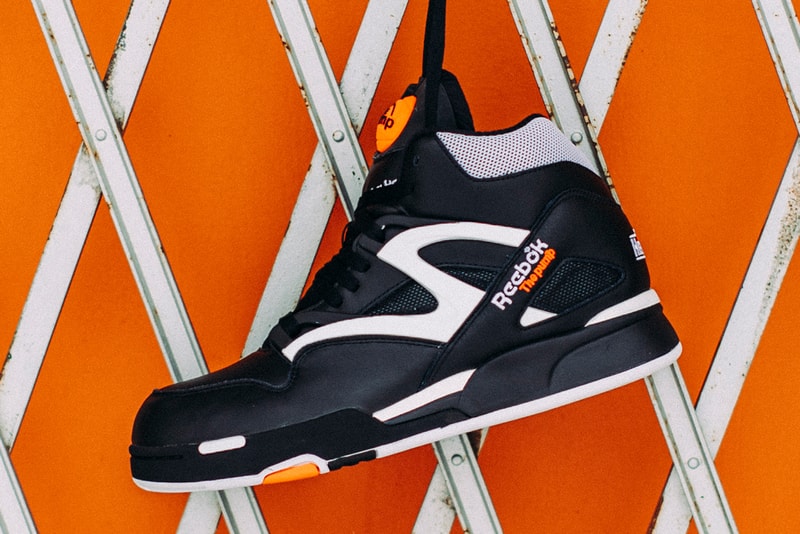 Dee Brown provided one of the most famous moments in Dunk Contest history during NBA All-Star Weekend 1991 when he pumped up his Reebok Pump Omni Zone IIs before throwing down a no-look stuff that secured his slam dunk crown. It’s been 30 years since that fateful slam dunk, so Reebok is honoring Brown’s feat — and an iconic moment in its own history — by re-releasing the OG Pump Omni Zone II.

Done up in a familiar black and white color scheme that mixes a healthy dose of leather with mesh panels on the midfoot and collar, the Pump Omni Zone’s signature detail is its basketball-themed orange Pump button on the tongue. Apart from its standout style, this button made famous by Brown also enables the wearer to pump up the shoe’s concealed air chambers for a personalized fit. A small black button above it also allows air to be released.

Further detail is provided by a wavy white plastic midfoot overlay and a large Hexalite hit on the heel. The tech referenced in this graphic is loaded into the midsole for extra cushioning and support, while embroidered Reebok Basketball motifs on the tongue and tri-color outsoles round off the look.

The Reebok Pump Omni Zone II is set to return via the Reebok webstore and retailers like Foot Locker on March 5, priced at $140 USD.