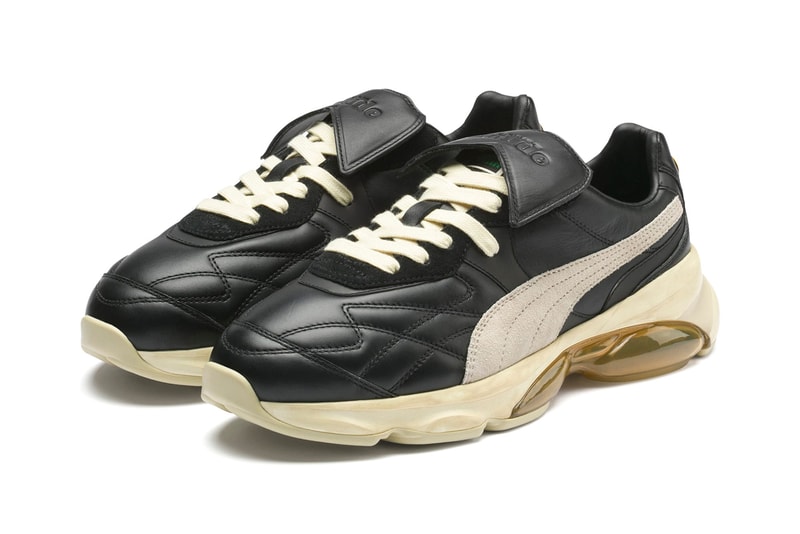 King boot-inspired uppers are built from a rich black leather, covered in forefoot seams to add texture. PUMA’s classic Formstripe is done up in grey suede, while RHUDE branding is debossed on the lace flap and presented via a rubber badge on the left shoe’s heel. On the other end, the right shoe opts for a traditional leaping cat on its rear.

Down below, RHUDE’s penchant for aged detailing is on full display. Midsoles are intentionally yellowed, as is the large CELL cushioning unit thanks to its golden tint. White or black laces and co-branded insoles round off the look.

The RHUDE x PUMA Cell King is set to release on the Puma webstore come September 5. The MSRP is set at $150 USD.

Elsewhere in the world of collaborative footwear, Stüssy and Nike are continuing an eventful year of co-creation with a new Air Force 1 built of hemp and featuring special branded details.