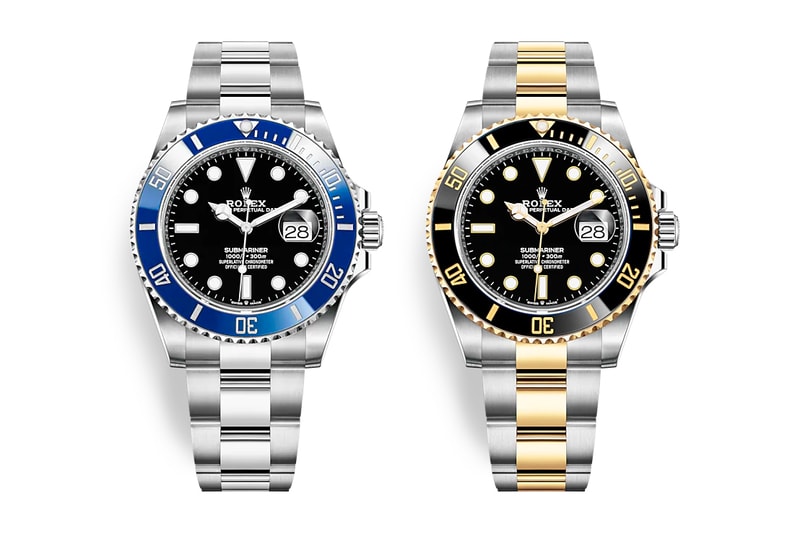 Swiss luxury watchmaker Rolex has just unveiled all of its new models for 2020, giving some of its most iconic watches welcomed performance upgrades while dressing up other classics with refreshing new colors and straps.

The highlight of the announcements is no doubt the new array of Submariners to be offered. First up is a larger No-Date Sub, coming in at a 41mm size with a slightly wider Oyster bracelet to accompany it. While its design cues don’t depart much from its predecessor, the watch is powered by an all-new caliber 3230, which now carries a whopping 70 hours of power reserve and utilizes Rolex’s proprietary Chronergy escapement, a technology that improves both efficiency and reliability. Of course, the watch still retains its Superlative Chronometer certification as well as its -2/+2 seconds per day accuracy.

Beyond a No-Date version, the Submariner family’s Date models are also getting seven new variations, with the most notable being a new ceramic-bezeled Oystersteel “Kermit” as well as a white-gold Sub with a blue ceramic bezel. The other five include another Oystersteel iteration with a black bezel and dial, two two-tone Oystersteel and yellow gold models in black or blue, and two references in yellow gold, also in either black or blue. All of them now come in a 41mm size and will replace the previous generation of Submariner Dates, coming along with the caliber 3245 which also boasts a 70-hour power reserve and the Chronergy escapement.

For those who prefer the skies over the seas, Rolex has also released updated versions of its aviation-minded Sky-Dweller. While the collection remains largely the same as before with both 18k gold and Everose gold options, the watches now come with a sportier Oysterflex bracelet with glide lock, allowing you to adjust sizing easily and on the move. It’ll retain the same in-house caliber 9001 as before, featuring a blue Parachrom hairspring and 72 hours of power reserve. Finally, having upgraded some of its sportier models, Rolex has also turned to its dressier offerings, re-imagining them with refreshing new colors. The classic Oyster Perpetual 36 family will now be available in a range of vibrant tones including candy pink, yellow, green, coral red, and turquoise. The Swiss watchmaker is also introducing a larger 41mm model for the family, which includes all of the new colors offered except for candy pink, along with more traditional black and champagne-dialed versions.

Take a closer look at all the new releases in the gallery above, or head over to Rolex’s website to learn more.