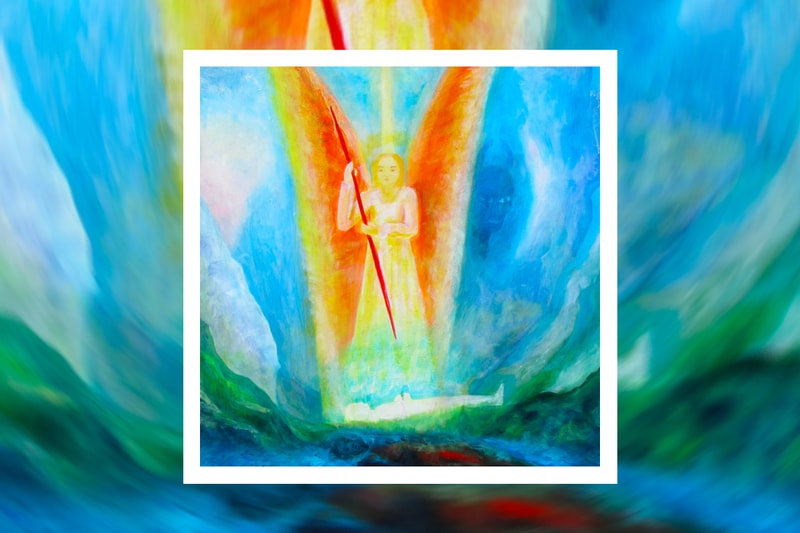 Largely stepping away from the music scene following the release of their 2010 seminal debut studio King Night, Salem has now returned with its nearly-abandoned second full-length album, Fires In Heaven. Back in September, the Michigan duo of Jack Donoghue and John Holland resurfaced with their STAY DOWN mixtape to the surprise of fans of the “Witch House” genre they pioneered.

Fires In Heaven comes in 11-tracks deep and 29 minutes long with its arresting display of electronic sounds wrapped by slow Southern hip-hop rhythms. Nearly a decade-in-the-making, the project displays sonic maturation from Donoghue and Holland while maintaining the nihilism tinged sounds they established during their initial 2008-2011 run.

Layering the album, Salem enlisted Henry Laufer (Shlohmo) to handle mixing, while the legendary Mike Dean overlooked mastering. The result of a long term recording process, Fires In Heaven sees the duo show a newfound focus on lyricism as pitched vocals deliver purposeful lines enforced by a sense of urgency felt throughout the project.

Listen to Salem’s Fires In Heaven album on Spotify and Apple Music below.

For more music news, Ariana Grande moves through the tones of love on her new album Positions.