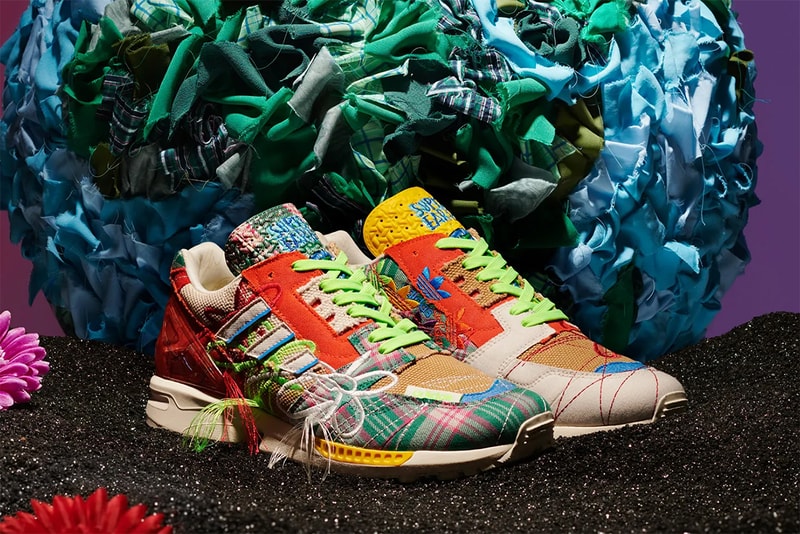 April is moving rather swiftly, and for the third week of the month, the world’s biggest sportswear brands have plenty of compelling releases in the chamber to unload. Offerings from Nike, adidas, Jordan Brand, Reebok and more are on deck, but before we touch on these drops, let’s delve into all of the most notable footwear news that sprung up last week shall we?

Nike and Jordan Brand uncovered a vast array of interesting colorways. The Swoosh and Kevin Durant officially unveiled the KD 14 as well as the Nike SB Dunk High “Hawaii” and Dunk Low “Photon Dust”. Moreover, it also pulled back the curtains to show off the all-new Air Zoom Pegasus 38 and the Spring ’21 “Move to Zero” lineup that includes that latest VaporMax 2021 model. On the Jumpman side of things, we caught a first glimpse of the Bulls-friendly Air Jordan 12 “Twist”, Victor Oladipo’s Air Jordan 35 “NaYouBiko” PE and an Air Jordan 4 Golf PE made specially for Bubba Watson for the Masters Tournament.

Moving away from the Beaverton-based brands over to adidas, the Three Stripes surely stirred up some excitement as it unveiled a cheeky 4/20-themed Campus 80 collaboration for South Park‘s Towelie character, an on-foot perspective of the YEEZY 450 “Dark Slate” in addition to an official look at the forthcoming YEEZY SLIDE “Core” makeup. Furthermore, initial photos of a “Bone/Blue” YEEZY BOOST 350 V2 emerged and Y-3’s latest minimal assemblage of the UltraBOOST ’21 was highlighted.

In regards to other brands, Reebok took initiative to unveil its YEEZY-esque Zig 3D Storm Hydro and announced a reissue of its Tabi-Toed Classic Leather “Bianchetto” collaboration with Maison Margiela. Vans teamed up with UK-based retailer Goodhood to present a collaborative collection and also introduced a playful Old Skool colorway that’s decorated with turtle graphics on the midsoles. Moreover, WACKO MARIA and PRO-KEDS rekindled its partnership and unwrapped its music-inspired footwear collection, and ASICS reimagined its emerging GEL-Kayano 21 with a retro “Grape” motif.

Are we all up to speed? Perfect. Let’s take a look into this week’s 10 best releases. Check out our list below, and head over to HBX to check out even more new footwear styles. Release Date: April 12
Release Price: $160 USD
Where to Buy: Brain Dead and Dover Street Market
Why You Should Cop: Brain Dead is known to take on a variety of collaborative projects every year, but its relationship with Reebok has become a notable one as the two brands have already teamed up on the silhouettes like the Beatnik, Classic Leather and the Pump Court. Next in line for these brands is a project that involves a duo of Zig Kinetica II makeups, both of which are styled with vivid color-blocking inspired by Japanese Sofubi Kaiju toys. Release Date: April 15
Release Price: $109 USD (Low) and $117 USD (Hi)
Where to Buy: Offspring
Why You Should Cop: Offspring and Converse are no strangers when it comes to working together on footwear as they have several Chuck 70 projects in the archive. For Spring 2021, the two imprints are reuniting to introduce a two-pronged Chuck 70 Hi and Low collection entitled “The Flip” Pack. Each pair is treated with milky midsoles and comes prepared with “Offspring Community HQ” text hits and lightning bolts embroidered into the lower throat. Release Date: April 15
Release Price: $130 USD
Where to Buy: Reebok
Why You Should Cop: 2021 marks the year that Allen Iverson’s Reebok Answer IV turns 20. And so to celebrate, the vector brand is reviving the silhouette’s “OG” white, gray and red colorway. Additionally, a limited number of “Answer-Versary” trading cards that pay tribute to the iconic silhouette and Iverson’s 2000-2001 MVP season will accompany the launch and be individually numbered up 199. Release Date: April 16
Release Price: $140 USD
Where to Buy: adidas
Why You Should Cop: Sean Wotherspoon — founder of vintage retailer Round Two — is once again partnering up with the Three Stripes for an adidas ZX 8000 “SUPEREARTH” collaboration. This project is the latest piece to the German sportswear brand’s revived A-ZX series, and a follow-up to Wotherspoon’s adidas Superstar makeup that launched in 2020. The recycled base layers are vibrantly styled with patchwork patterns and floral embroidery, making for a unique take on the Torsion-cushioned offering. Release Date: April 16
Release Price: $160 USD
Where to Buy: Nike SNKRS
Why You Should Cop: When boiling down some of the most popular hoops offerings from Nike in the 90s, there’s no chance that you can miss the Air More Uptempo. The silhouette that’s oft-associated with NBA legend Scottie Pippen is now making its way back to the shelves in classical Chicago Bulls colors. Uppers are mainly doused in a bold red hue and accompanied by oversized AIR lettering in black to pay homage to Pippen and MJ’s historical championship runs. Release Date: April 16
Release Price: $100 USD
Where to Buy: Nike SNKRS
Why You Should Cop: Nike’s classic Dunk is still continuing to make giant waves across the market, and just in time for Summer, its low-cut silhouette is dropping in a striking “Green Glow” colorway. Like the many college-inspired iterations that have been returning, this offering adheres to the two-toned aesthetic and utilizes its minty nominal hue to do most of the talking. Release Date: April 17
Release Price: $240 USD
Where to Buy: adidas and Yeezy Supply
Why You Should Cop: Fresh off the release of his YEEZY DSRT BOOT “Frozen Blue”, Kanye West is back with another Spring offering: the adidas YEEZY BOOST 700 “Bright Blue”. The rendition sports a bold orange midsole that’s much like the YEEZY BOOST 700 “Sun” that was released towards the top of the year, and features a vibrant royal blue upper. Release Date: April 17
Release Price: $170 USD
Where to Buy: Nike SNKRS
Why You Should Cop: The Air Jordan 1 is still arguably the strongest sneaker silhouette of our time, and it is now arriving is a very tasteful looking “Hyper Royal” colorway. Its understated palette is mostly reliant on a clean white leather upper, and it comes mated with “Light Smoke Grey” Swooshes and collars, as well as suede overlays that are painted in its titular shade. Release Date: April 17
Release Price: $170 USD
Where to Buy: Better Gift Shop
Why You Should Cop: After teaming together towards the latter half of 2020 for an Advanced Shelter CS WP collaboration, Better Gift Shop and Salomon are revisiting their partnership and crafting a fresh Advanced X Ultra 3 GTX proposal. Its hiking-focused design leans on earthy tones to wrap a majority of its base, but also ushers in accents of blue and pink for tiny-yet-effective doses of vibrant energy. Release Date: April 19
Release Price: $120 USD
Where to Buy: Nike SNKRS
Why You Should Cop: Given that 2021 marks its 30th anniversary, the Nike Air Huarache is celebrating by rolling out a sizable amount of colorways, some of which are iconic bring-backs. One of them is the “Scream Green” version which was one of the original offerings that legendary designer Tinker Hatfield cooked up when he crafted the model back in 1991. Given that most of its complexion is reliant on a clean white tone, the potent blue and green accents stand out overtly and achieve the perfect retro aesthetic.