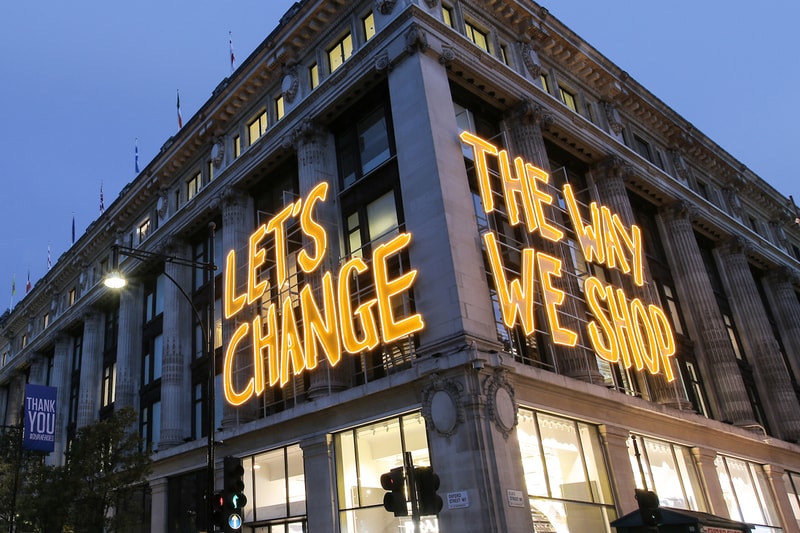 After launching the initiative with the announcement of a Prada Re-Nylon pop-up, Selfridges has now revealed full details of “Project Earth.” The retailer has announced plans to “change the way we shop,” and is working with over 300 brand partners as well as the Woodland Trust and WWF to implement the new system.

To begin “Project Earth,” Selfridges is hosting eight weeks of experiments, innovations and conversations with various brands and experts. Stand-out brands taking part in the project include KITH — which is releasing a limited-collection of customized second-hand T-shirts — Craig Green, who is releasing key pieces from his archive, and vintage store Duke’s Cupboard, which has a specially-curated edit of pieces exclusive at Selfridges.

Elsewhere, Selfridges will also release exclusive sustainable capsules from brands including Greg Lauren, Marine Serre and Levi’s, as well as exploring new ways to rent, sell and repair existing items. This will see the permanent space from HURR Collective to rent from select items, a Resale Kiosk ran by Vestiaire Collective and the new Repairs Concierge to allow pre-worn items be restored.

Launching “Project Earth, Alannah Weston, Selfridges Group Chairman, said, “Now more than ever we must double down on our efforts to reinvent retail with sustainability at its heart and a way of working which is regenerative for humans and nature.” The Selfridges targets for “Project Earth” can be split into three categories, covering sustainable materials from certified sources, new models of retail and experiences featuring circularity as a core focus, and change mindsets by placing sustainability at the heart of the Selfridges business.

One other brand taking part in Selfridges “Project Earth” is Canadian-based bentcableknits, which recently announced a pop-up.