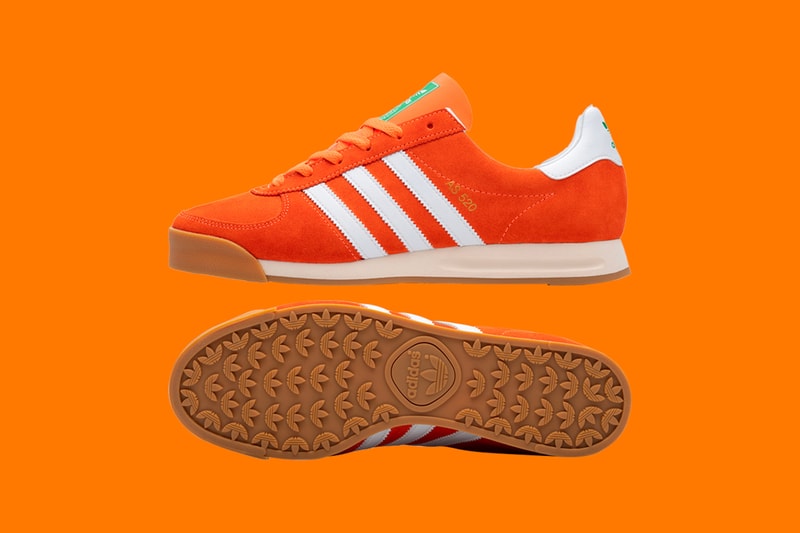 size? and adidas Originals have been delivering classic silhouettes reworked with inspiration taken from legendary European Championship football games, and now the duo has unveiled its latest pair — the AS 520 “Euros ’88.”

For this collaborative sneaker, size? draws inspiration from Marco van Basten’s volley that he scored during the 1988 European Championship final. van Basten’s memorable goal saw the Netherlands secure a 2-0 victory over the USSR.

van Basten was wearing an orange and white kit that has further informed the size?-exclusive AS 520. The sneaker, which was first seen in adidas Spezial’s SS19 collection, now appears in the same colorway as the kit, covering its suede base in orange and detailing components such as the three stripes, heel counter, interior lining, and midsole in white leather or rubber, respectively.

A gum Trefoil-patterned outsole is both aesthetically pleasing and functional, offering plenty of grip. Other notable details include gold-toned AS 520 brading on the medial mid-panel, a green adidas badge on the tongue, green Trefoil branding on the rear, and an insole printed with van Basten’s goal moment.

In other news, JJJJound’s Reebok Classic Nylon is releasing this week.