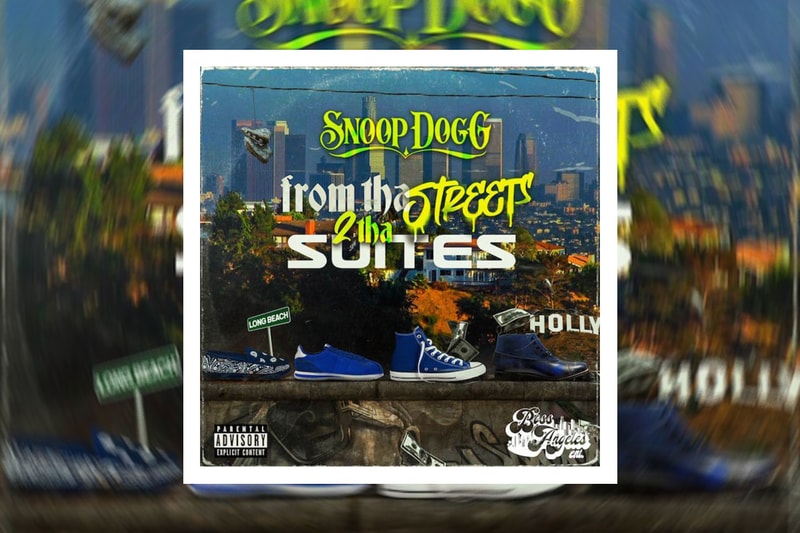 Snoop Dogg is celebrating 4/20 with the release of his newest album, From Tha Streets 2 Tha Suites.

Clocking in at just under 40 minutes, 10-track project features a selection guest appearances from the likes of Prohoezak on “Roaches In My Ashtray” and “Say It Witcha Booty,” Mozzy on “Gang Signs,” Larry June on “Get Yo Bread Up” and J Black and Devin The Dude on “Left My Weed.” From Tha Streets 2 Tha Suites marks Snoop’s first release since 2019’s I Wanna Thank Me, which included verses from YG, Mustard, Wiz Khalifa, Swizz Beatz, Ozuna, Slick Rick, Trey Songz and the late Nate Dogg.

In addition to the release of the record, the artist is set to appear in the upcoming second season of the Apple TV+ series Mythic Quest. The extent of his involvement in the series isn’t explicitly shared, but his quick moment in the trailer ironically shows Ian Grimm (Rob McElhenney) asking him when he’ll be dropping the new album.

Stream Snoop Dogg’s From Tha Streets 2 Tha Suites on Spotify and Apple Music, then catch the artist in Mythic Quest which premieres May 7.

In other music news, the late DMX’s 2010 compilation project has reached a new Billboard 200 peak of No. 2.