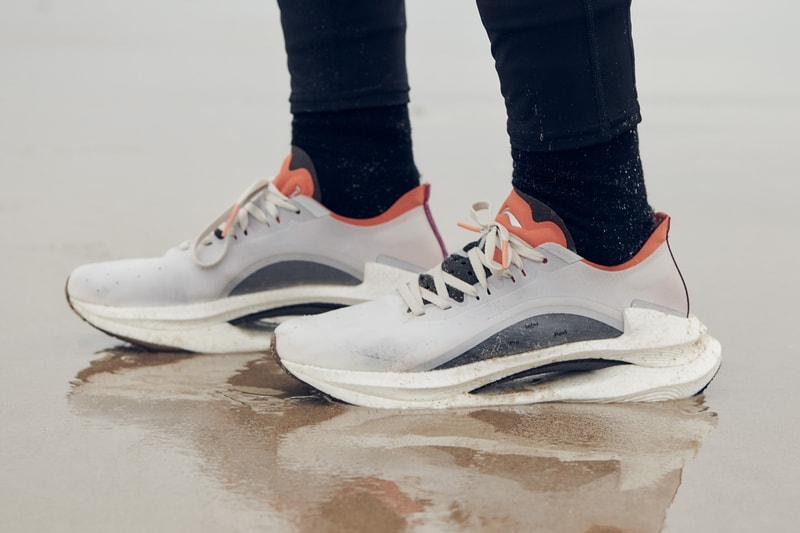 It’s been six months since Soulland and Li-Ning showed their collaborative footwear at Copenhagen Fashion Week and almost a year since the Danish skate brand and Chinese footwear juggernaut teased their partnership, but now the two have officially announced a release date for their first capsule. Dubbed “Pre-Inter-Post” — a Latin term for “before-during-after” — and inspired by the holistic process of running, the offerings are made up of two cutting-edge kicks: the Shadow and the Wind Ranger.

Centered around a striking hollowed-out midsole design, the Shadow provides responsiveness and energy return with Li-Ning’s Jiang and BOOM foam technologies, the latter of which can also be found on other Li-Ning shoes like Dwyane Wade‘s Way of Wade 9. These two foams are separated by not one but two carbon fiber midfoot plates, providing top-tier energy return by doubling up one of the most popular technologies in the modern world of running. The midsole is undeniably the Shadow’s standout piece, but up top the sleek synthetic upper serves scintillating style as well.

On the other end of the spectrum, the Wind Ranger features an upper encased in a semi-transparent shell, secured by Velcro closures. Midsoles opt for a simple-yet-formidable BOOM cushioning setup, keeping the Wind Ranger’s overall weight down without skimping on performance. Both shoes feature clever “Pre-Inter-Post” graphics worked into their build plus color schemes that draw from the sights and sounds experienced by the Soulland team during their runs around Copenhagen.

The Soulland x Li-Ning Shadow and Wind Ranger will release via the Soulland webstore and select global stockists on February 19. The MSRP for the Shadow is set at $315 USD and the Wind Ranger at $240 USD.

Looking for more sneaker-related content? Here’s what the HYPEBEAST team hopes will happen in the world of footwear during 2021.