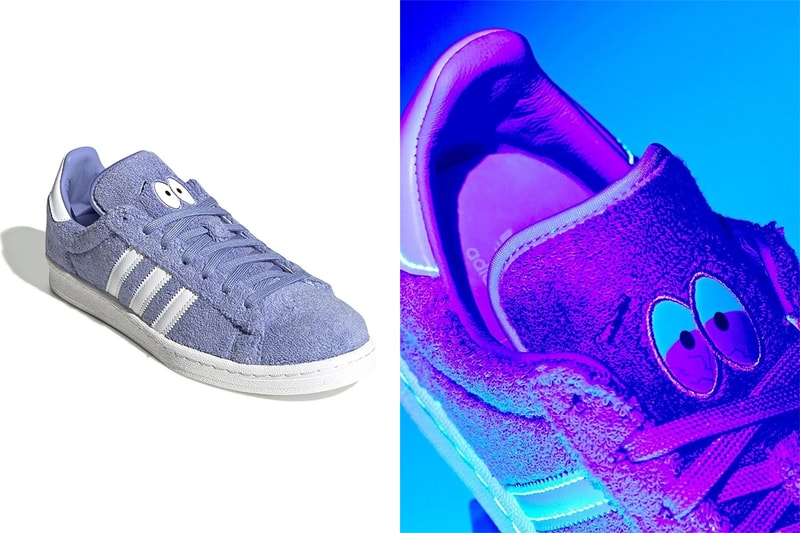 Following up on its Easter-inspired collaboration with reggae artist Bad Bunny, the adidas is continuing its run of footwear partnerships with the classic and explicit animated series South Park. Together, the two entities have crafted an adidas Campus 80 makeup inspired by the show’s Towelie — a character notorious for obtaining special powers from smoking tree — to celebrate 4/20.

The upper’s terrycloth fabric dresses most of the upper’s real estate, is dyed to a “Chalk Purple” hue and comes accented with white leather stripes and heel overlays to translate the look of the genetically-engineered towel. Traditional tongue branding is swapped out for the character’s eyes, those of which turn bloodshot when exposed to UV lighting to accomplish the smoker’s high effect.

On the insides of the shoe, you’ll find cheeky notations that read “Don’t forget to bring a towel” on the left side and and “I have no idea what’s going on” on the right — two of his most iconic phrases. Just below each of those spell outs, hidden stash pockets are present, both sides of which come packaged with Towelie key chains.

If interested in copping a pair, they are slated to launch on April 20, 2021 via adidas and select retailers.