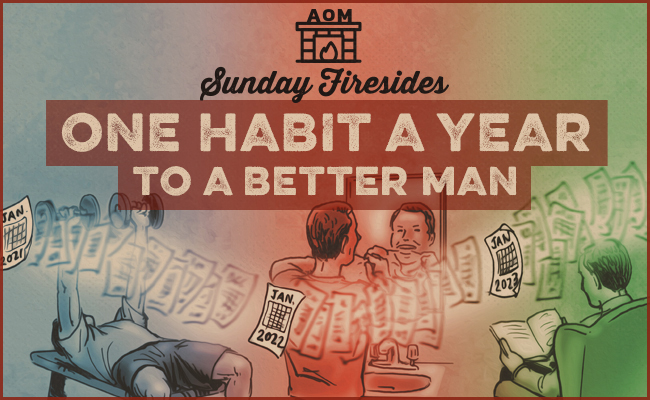 Maybe you’ve made some resolutions for the year to come. Or perhaps you’re not into New Year’s resolutions, per se, but nonetheless have a longstanding list of goals that regularly runs through your head.

Either way, there’s a very strong chance that, twelve months from now, you won’t have accomplished any significant personal change.

Some will say that’s because you didn’t make your goals specific enough. Or small enough.

But it’s likely just because you had goals, plural.

Benjamin Franklin said: “Each year, one bad habit rooted out, in time ought to make the worst man good.”

While we like to flatter our capabilities, the reality is that changing even a single aspect of our lives is enormously difficult to do. Fragment your tenuous focus and limited willpower by working on several goals at once, and you don’t end up achieving any.

Still, you may balk: “While pursuing multiple goals isn’t typically effective, isn’t it worth trying anyway, given that the changes I need to make feel so urgent and necessary, and can’t wait a year, or five, to tackle?”

The problem here is a timetable that’s eschew.

Looking forward, ten years from now feels like forever. And yet, when we look back from the other side of a decade gone by, the time seems to have flown.

A span of years is shorter than you think, so set your goals in bigger blocks.

Come 2031, you can look back and realize you’re pretty much exactly the same person you were a decade ago.

The post Sunday Firesides: One Habit a Year to a Better Man appeared first on The Art of Manliness.