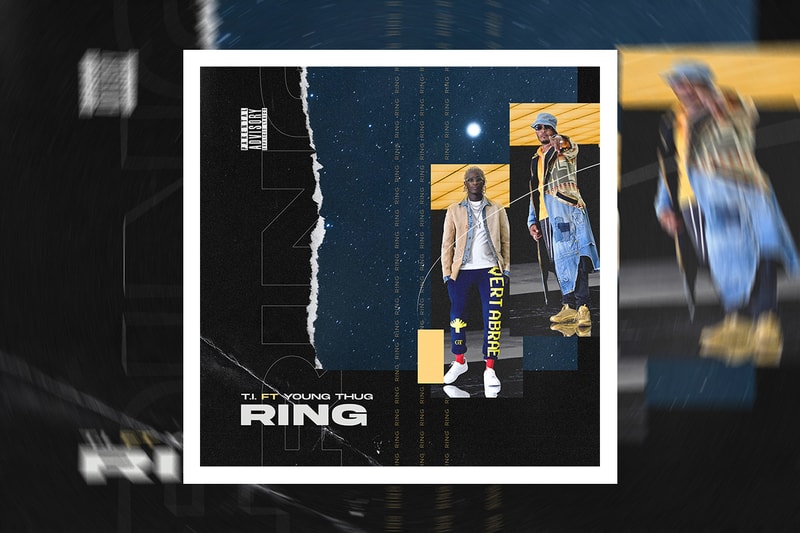 T.I. and Young Thug reunites once again for a new single entitled “Ring.” The track serves as the duos latest collaboration together following Thugger’s feature on Tip’s 2018 studio album “Dime Trap” alongside Swizz Beatz. The track above features Thug on the hook alongside a couple of verses from T.I. over the old-school trap beat from producers ChopsquadDJ and DY Krazy. Both rappers pontificate over the subject of consequences throughout the tack, with T.I. mentioning “without order there is chaos.”

Young Thug also confirmed on Instagram earlier that the official video for “Ring” will debut on September 25. The track also follows previous collaborations from the two, including 2014’s “About the Money” and “Eww Eww Eww” as well as the 2015’s “Can’t Tell” and “Off-Set.”

The release of “Ring” comes after it’s been announced that T.I. will star in a new CBS drama called Twenty Four Seven, executive produced by 50 Cent.

Listen to the track below, then check out Conway the Machine’s latest project From King to A GOD.