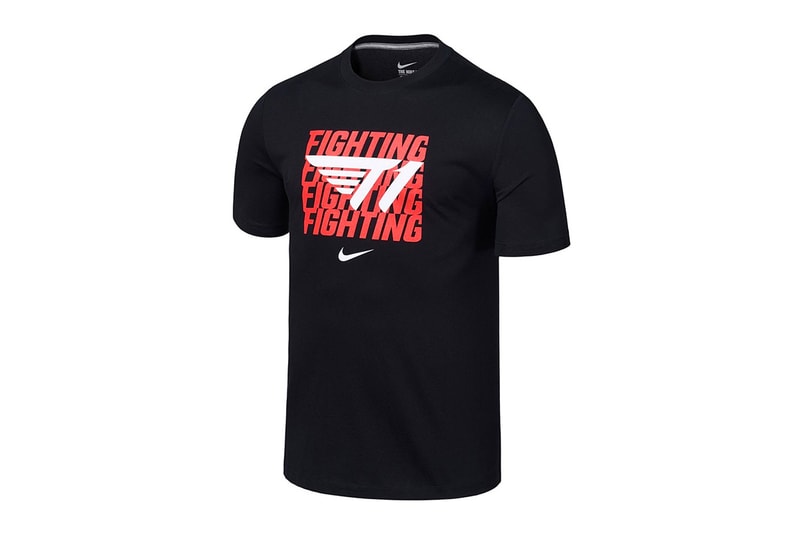 To mark its ninth LCK Championship, T1 Entertainment & Sports and Nike have put together a duo of commemorative release. Serving as the latest in the e-Sports team’s exclusive deal with the sportswear giant, the Champion and Fighting T-shirts mark the monumental victory in the fiercely competitive League of Legends Champions Korea competition.

As worn by the team during their recent victory, the Champion T-shirt comes in pure white emblazoned boldly with a contrasting black T1 logo and Swoosh marker on the left chest. The accompanying Fighting T-shirt sports a black base centered around the Korean note of support or encouragement and T1 logo underlined by Nike’s signature Swoosh branding.

In case you missed it, Riot Games recently announced the official release date of its free-to-play FPS Valorant.