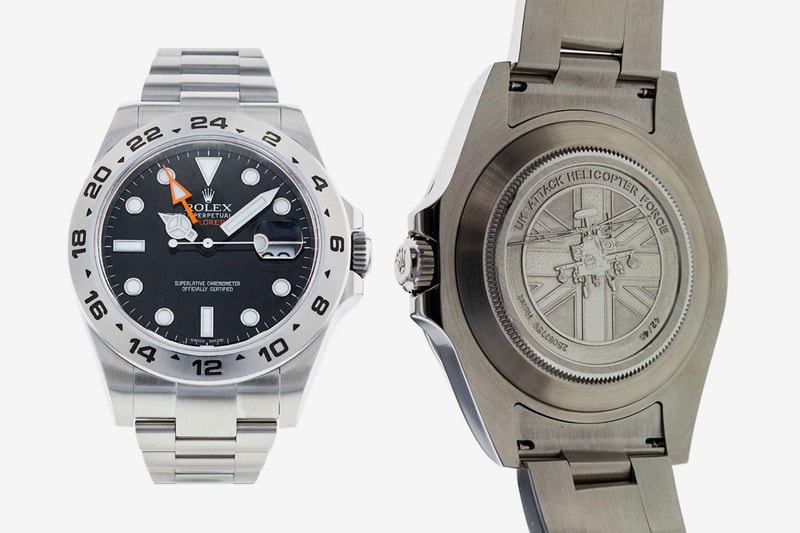 A very special Rolex Explorer II ref. 216570 has just landed on Watchfinder. The watch in question is a special order version of the Explorer made for the British military’s Attack Helicopter Regiment — the same one Prince Harry served in 2010 where he eventually went on to command his own Apache attack helicopter.

With only 48 ever made, the association with the military, not to mention its rarity and special caseback engraving, make this a highly sought-after collectible timepiece, just think back to the COMEX or Military Submariner. This example is number four of 48 where only three others have been known to have surfaced for auction.

The updated 42mm Explorer II sports its signature orange GMT hand and outer 24-hour bezel, and maintains its 100 meters of water resistance. Priced at $288,510 HKD (approximately $37,212 USD) the watch can be found over at Watchfinder Hong Kong.